Photo: Teams descend on Arviat for some serious hockey 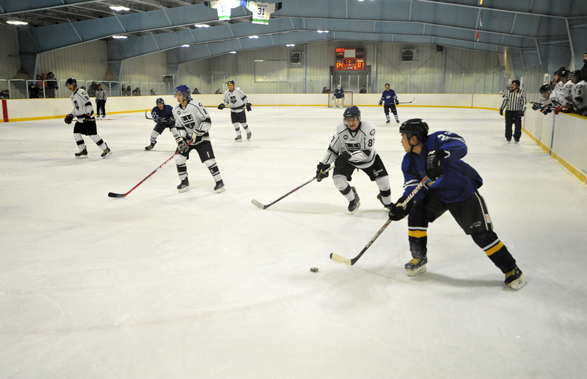 The Arviat Kings, in white, face off against Whale Cove Jan. 24 in the quarter finals of the 2016 Jon Lindell Memorial Hockey Tournament, held each year in Arviat. The tournament is named after the late Jon Lindell, a volunteer coach who’s credited with starting organized hockey in the Kivalliq community. A local team won the tournament: the Karetakers, named after players from the Karetak family. (PHOTO BY ERIC ANOEE)