SQ has provided little info on Oct. 25 death in Puvirnituq 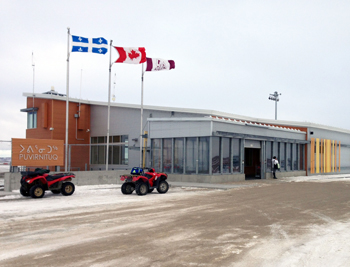 Police have arrested a 16-year-old youth in connection with the Oct. 25 death of a man in Puvirnituq, on Nunavik’s Hudson coast. (FILE PHOTO)

Police have arrested a teenage boy in connection with the sudden death of a Nunavik man last week.

Kativik Regional Police Force officers in Puvirnituq discovered the body of a man in the Hudson Bay community the afternoon of Oct. 25.

Police have said little about the circumstances of the man’s death or his identity. The KRPF handed over its investigation to Quebec provincial police, the Sûreté du Québec.

A day later, the SQ arrested a 16-year-old boy in connection with the death.

An SQ spokesperson said Oct. 30 that the youth has yet to be formally charged, though some Quebec media have reported the youth was charged with second-degree murder the same day as his Oct. 26 arrest.

The arrest marks the second homicide-related arrest of a teen in Nunavik this month.

Following a three-month long investigation into the July death of Bethany Nastapoka, a 14-year-old from Inukjuak, the SQ arrested and charged a 17-year-old Oct. 12 with first-degree murder.

He was scheduled to appear in court on Oct. 27.