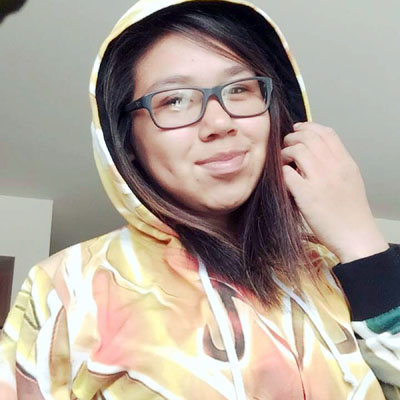 Bethany Nastapoka was found near her home in Inukjuak July 22. Police are treating her death as a homicide, although two weeks later, police have yet to make any arrests in the case. (FACEBOOK PHOTO)

Residents of Inukjuak say they’re troubled that no arrests have made in connection with the death of a teenage girl in the Nunavik community.

On July 22, local Kativik Regional Police Force officers found the lifeless body of 14-year-old Bethany Nastapoka behind a home in the Hudson coast community of about1,750.

The investigation was turned over to Quebec’s provincial police, the Sûreté du Québec, whose investigators spent last week in the community.

The SQ initially said they found evidence that suggests the 14-year-old was murdered. But police have yet to make any arrests nor have they provided further details to community leaders.

Inukjuammiut told Nunatsiaq News that there has been little communication between police forces, the community and the girl’s family.

Family and friends attended a funeral for Nastapoka July 31.

For its part, the KRPF said its officers in Inukjuak have been “continuously patrolling” the community, especially in the evenings.

While the investigation is headed by the SQ, Inukjuammiut can contact their local KRPF station at (819) 254-8144 to provide any information they might have about Nastapoka’s death or events leading up to it.