Police uncover more than $26,000 in marijuana 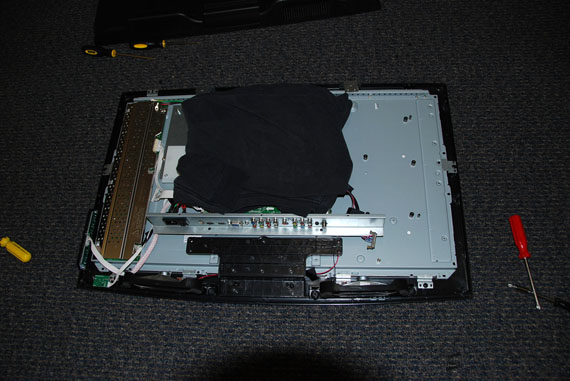 RCMP uncovered this television at an Iqaluit cargo company Feb. 25, stashed with marijuana with a street value of more than $26,000. (PHOTO COURTESY OF THE RCMP)

Police in Iqaluit say they’ve uncovered more than $26,000 in marijuana in a local cargo warehouse.

RCMP V Division investigators carried out a search warrant at an Iqaluit cargo company Feb. 25, where they discovered a pound of marijuana stashed inside a television set destined for Clyde River.

No arrests have been made in relation to the television’s stash, RCMP said in a Feb. 27 news release, while the police investigation continues.

Police thanked the members of the public who have helped in the investigation so far, encouraging anyone with more information to contact their local RCMP detachment.