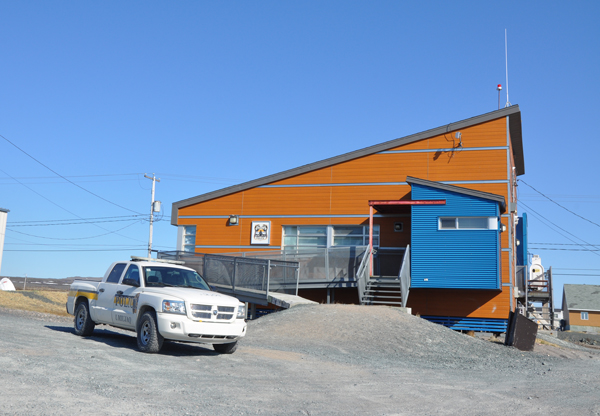 The Kativik Regional Police Force station in Umiujaq is pictured last summer. A local man, 22-year-old David Sappa, was shot and killed by KRPF officers in Umiujaq Dec. 28 after the man posed a safety threat to the community of 400. (FILE PHOTO)

David Sappa, 22, was shot and killed by Kativik Regional Police Force officers in Umiujaq Dec. 28 after the man was alleged to have posed a safety threat to the community of about 400 people.

Quebec’s Bureau des enquêtes indépendantes, or BEI, which investigates incidents in which civilians are killed or injured by police, is probing the death with the help of Quebec provincial police, the Sûreté du Québec.

The BEI said KRPF officers were called to respond to a disturbance at Sappa’s home Dec. 28.

When the 22-year-old refused to cooperate with police, one officer returned to the local station to obtain an entry warrant.

During that time, Sappa is alleged to have left his home, armed with knives, while he made his way to the community centre where holiday activities were being held.

Police officers tried to prevent Sappa from entering the centre, the BEI said, but when the armed man turned towards police, officers shot him.

Sappa died that evening at the local health centre. His body was flown to Montreal for an autopsy.

BEI and SQ investigators arrived in the community Dec. 29 to look into the circumstances of the Sappa’s death and the police response to the incident.

The BEI is currently investigating three other police-related deaths in communities along Nunavik’s Hudson coast.