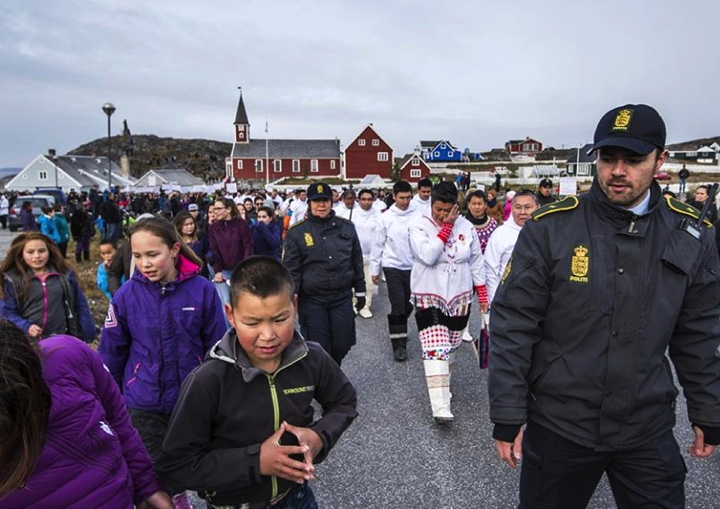 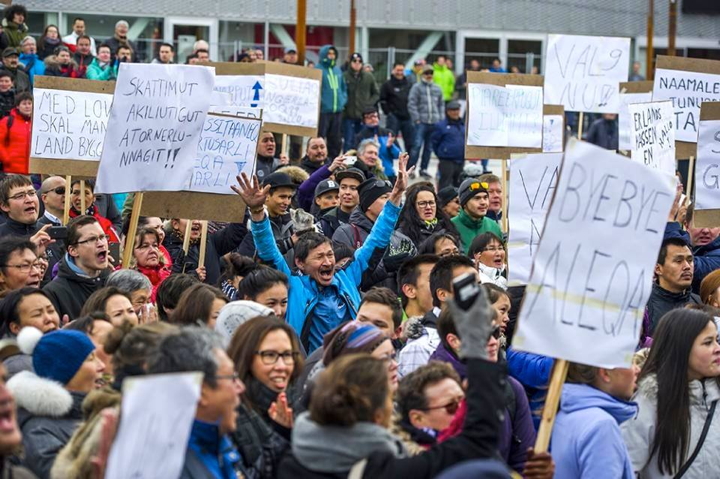 People power took centre stage in Greenland this week when at least 500 angry demonstrators protested Sept. 30 in Nuuk against their premier Aleqa Hammond, brandishing signs such as, “Bye bye Aleqa.”

By the next day, Hammond was out of a job, both as premier and Siumut party leader, and a general election had been called for Nov. 28 to chose a new government for Greenland.

Hammond managed to survive a no confidence vote Sept. 30 in Greenland’s parliament over her misuse of about $20,000 in public money.

She had used the money to cover the cost of her family’s travel to the United States and eventually repaid the expenses in early September.

Hammond, 49, was to remain on leave at least until an audit report on the misuse of the money was issued Oct. 23.

But early Oct. 1, four government ministers resigned, shaking the solidity of the government coalition which Hammond formed after her March 2013 election.

Hammond also stepped down as leader of the Siumut party.

On Oct. 2, a day after Hammond left office and resigned as chairman of the Siumut Party, she was on Facebook to describe how scared she had been Sept. 30.

“I must admit that when the demonstration was at its peak, I feared that someone would shoot me, do me harm or kill me. I need to share my thoughts with you,” Hammond wrote on her Facebook profile.

But Naja Carina Steen, the co-organizer of the demonstration, told Greenland’s Sermitsiaq AG newspaper that she had nothing to apologize for.

The Facebook group “Demonstration against the government — Naalakkersuisunut akerliussutsimik takutitsineq” had organized the protest in downtown Nuuk.

“No, we do not regret anything, but we regret that people were so angry,” said Steenholdt, who estimated that about 1,000 people participated in the demonstration.

Not long after her election, Hammond had managed to raise ire among Greenlanders when she refused to participate in the May 2013 Arctic Council meeting in Kiruna, Sweden because she said Greenland should have a voting seat at the council, instead of sitting, in a non-voting capacity, behind the Danish foreign minister.