“We are hopeful this will really benefit the communities,” QIA president says 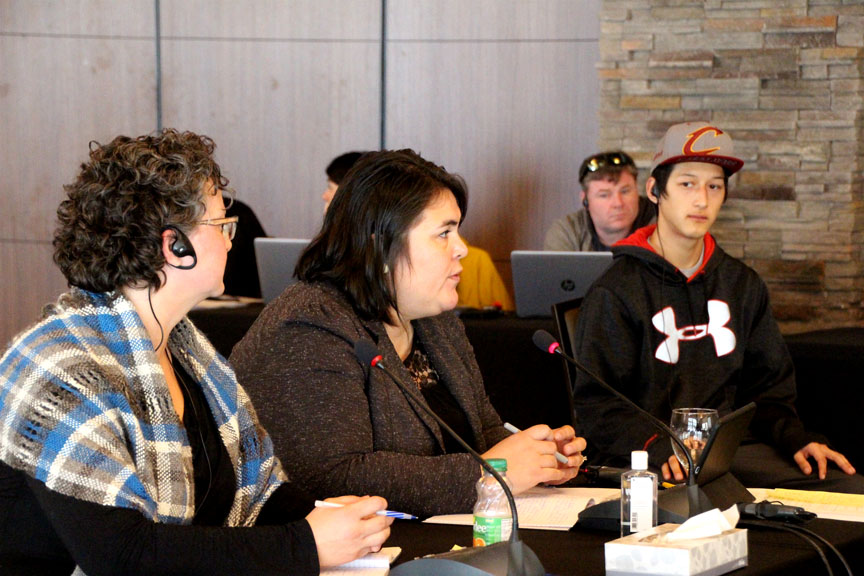 Starting this month, the Baffin Inuit organization is offering a $5-a-day subsidy to Qikiqtani Inuit parents in all 13 Baffin communities who have children enrolled at licensed child care centres.

And, starting next year, Qikiqtani child care centres will receive new culturally relevant resources such as books, games and toys.

“We are hopeful this will really benefit the communities.”

The early childhood support announcement comes after QIA consulted its communities on how to spend money from its new benefits fund.

In that consultation, the organization heard that the money should go to children and culture.

“These two items were themes people in the communities were most vocal about,” the QIA’s executive director, Navarana Beveridge, told QIA board members before they passed a resolution to roll out the program.

“The subsidy represents an investment of $312,500 per year by QIA in daycares,” said an Oct. 4 QIA release.

“Qikiqtani Inuit parents who are currently receiving Kakivak’s $19-a-day subsidy will now get $24 a day of subsidy for daycare.”

The subsidy will be offered until March of 2019, and could be renewed by the QIA’s board.

Money for the new project comes from a benefits fund created this year as part of a new QIA revenue policy.

The fund is sourced through revenues put into a new legacy fund, which gets its revenue from large projects such as mining.

The programs will be funded for the next two years. At that point, new themes to be addressed by the benefits fund could be considered.

The fund is not for starting child care centres, Beveridge stressed, when discussion among board members strayed to the struggles of child care in communities.

She said there are already programs within the Kakivak Association and through the Government of Nunavut to fund child care centres.

This new program is meant to enhance existing child care access and programming, she said.

Arctic Bay board member Levi Barnabas said that while the child care in his community has closed, he believes the service is crucial to language education.

“The daycare was really useful in learning Inuktitut language,” he said, adding that he feels young children in early childhood education programs are not getting the same language exposure in his community.

The cultural component of the new benefits fund, named the QIA Cultural Activities Program, or Q-CAP, will see $33,000 spent in each community each year “to foster traditional skills and strengthen Inuit identity,” said the release.

The money can be given, through application, for community organized projects, especially if these focus on land or sewing programs.

Or, the QIA can visit communities to deliver cultural programs and held develop community programs, so those programs can be continued without help.