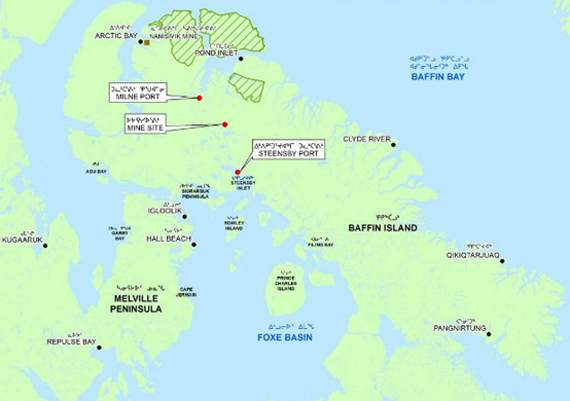 If you’re living in one of the five communities close to the Mary River iron mine, and you’ve got a project that needs funding — now is the time to apply for it.

The Qikiqtani Inuit Association, which administers the fund, is now accepting proposals for the Ilagiiktunut’s fall 2015-16 funding cycle.

Various bodies, such as hamlet councils, committees, groups, and even individuals in Arctic Bay, Clyde River, Hall Beach, Igloolik and Pond Inlet may apply for funding for projects of their choosing.

The annual fund, launched in July 2014, aims to offset the potential social, economic and cultural impacts on the communities surrounding the iron mine.

The Ilagiiktunut Fund is worth $750,000 every year, with the QIA and Baffinland Iron Mines Corp. each contributing $375,000.

“The fund has been established because QIA and Inuit have recognized the need to make important improvements in community capacity, particularly in this period of growth and change brought on by natural resource developments within the Qikiqtaaluk region of Nunavut,” the QIA said in June 24 release.

“The Ilagiiktunut Fund is one of the tools that we will use to enable such advances within communities impacted by the Mary River project.”

The fund lasts until 2019-20. If all the money isn’t spent in one given year, the remainder may carry over into the next year.

QIA and Baffinland will then decide whether to continue the fund for a further three years after 2020.

Proposals can be submitted by e-mail at ilagiiktunut@qia.ca or in person to a QIA community liaison officer.