Ida Angutigirk, 41, has been missing for since May 20 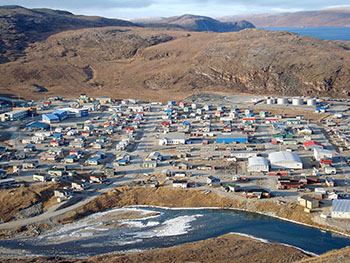 Quebec provincial police investigators are now in the Nunavik community of Salluit to investigate the disappearance of a woman, not seen for almost a month. (FILE PHOTO)

A woman from the Hudson Strait community of Salluit in Nunavik has been missing for almost a month.

Ida Angutigirk, 41, was last seen on during the evening of May 19 and during the early hours of May 20, but her disappearance was only reported to the Kativik Regional Police Force on June 12, said Marie-Josée Ouellet from the Sûreté du Québec in Rouyn-Noranda.

“During their investigation there were some elements that made us think that she may have been the victim of a criminal act,” Ouellet said.

That is why the SQ was called in to work alongside the KRPF, Ouellet said.

The SQ team of eight investigators arrived June 17 and have been interviewing various people in the community of 1,400.

Reached by telephone at the municipal office on June 19, Salluit mayor Paulusie Saviadjuk could only say that he and others in Salluit “are not feeling good.”