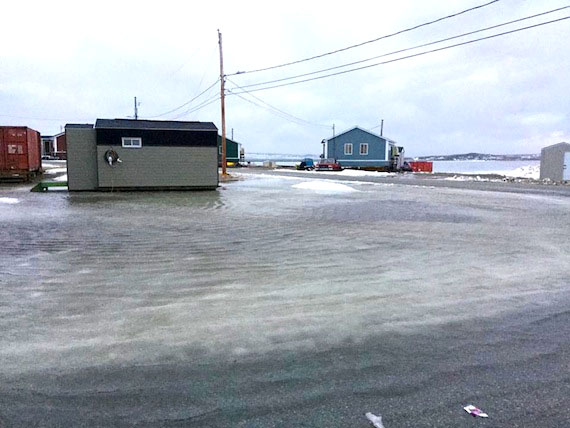 Inukjuamiut say they’re concerned about the number of recent police interventions that have caused injury and even death to local residents. (FILE PHOTO)

Quebec’s provincial police force has completed its investigation into the July shooting death of an Inukjuak man and handed its findings to Quebec’s director of criminal and penal prosecutions, the Sûreté du Québec said Oct. 14.

That report looks at the circumstances that lead to the July 17 death of 29-year-old Jobie Napartuk in the Hudson Bay community of about 1,500 people.

Just before 7:00 p.m. that evening, members of the Kativik Regional Police Force responded to a call for assistance from the Department of Youth Protection at a private residence, the SQ said in its Oct. 14 release.

Once police arrived, the SQ said the 29-year-old father was “highly intoxicated” and “furious.” Police say Napartuk’s wife was in a similar condition.

When Napartuk saw the police, the SQ reported that he moved towards the officers with a frying pan, and then a knife.

That’s when one of the officers shot Napartuk twice in the abdomen.

Residents nearby say they heard two gunshots coming from Napartuk’s home that evening, and saw the injured man leaving the home with apparent gunshot wounds.

Napartuk was taken to the local health centre, where he later died from his injuries.

The SQ report also notes that during the altercation at the family’s home, Napartuk’s wife became upset and pushed one of the KRPF officers.

Police arrested the woman, and three children were taken in by the Department of Youth Protection.

Any time a person suffers an injury or dies during a police operation or while in police custody in Quebec, the investigation must be handled by an outside police force — in this case, the SQ.

Now that the report is complete, it’s up to Quebec’s Crown prosecutor’s office to decide if there was wrongdoing on the part of the KRPF officers.

But the report detailing Napartuk’s death will bring little relief to residents of Inukjuak, who say they are concerned about the number of police altercations they’re seeing in the Nunavik community.

Following Napartuk’s death, Charlie Nowkawalk said the community wants police to adopt stricter rules about when they fire a gun.

The Kativik Regional Government councillor for Inukjuak told a recent council meeting that Inukjuammiut have reported a number of injuries they say are caused by police interventions.

“Our community is crying out for an investigation into how the police are handling (altercations) with residents,” Nowkawalk told the September meeting.

“It’s not because we’re unhappy with the services, because we are. But when there’s mistreatment, the complaints will be bigger.”

KRPF police chief Aileen MacKinnon said she has spoken with the community’s mayor and that four or five incidents in Inukjuak are currently under investigation.

MacKinnon also fielded questions last month from Nowkawalk and other councillors about the force’s hiring of many young and inexperienced officers.

“We’d like to have an older force too, but not everyone wants to work with us,” she responded. “Our reality in Nunavik is not the reality in the south. It’s different work, and a smaller group doing it.”