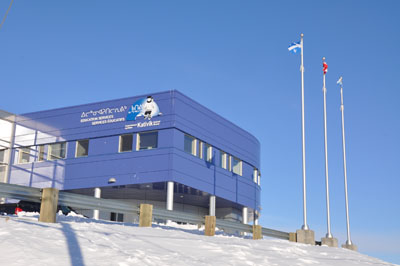 Quebec’s department of education officials say they’re reviewing Nunavik’s new math and science courses, but haven’t offered a timeline for when they might be approved. (FILE PHOTO)

The Quebec government has named a liaison to work with the Kativik School Board on education-related files, the province’s education department said this week.

The move is in response to a call from the school board for better communication and support from the province, including the review of its proposed secondary math and science curriculum that is waiting on Quebec’s approval.

Those courses haven’t been accredited for some time now.

That means that, since 2015, students who complete Secondary 5 in Nunavik’s schools have received an equivalency certificate in place of a Quebec secondary studies diploma.

When Nunavimmiut parents took notice earlier this year and complained to the KSB, school board officials pointed the finger at Quebec’s education department, which is required to sign off on and help implement newly-revised programs.

The KSB said it deals with a revolving door of bureaucrats in Quebec City, none of whom are familiar with Nunavik’s unique education needs and challenges.

But if a new liaison will help the region move forward on its education file, the school has yet to find out how; as of May 16, the KSB had yet to get news of the appointment from Quebec City.

In an open letter penned by KSB chair Alicie Nalukturuk May 11 to Quebec’s education minister Sébastien Proulx, Nalukturuk demanded a “clear timetable” to be communicated to the region on the remaining steps in the accreditation process, as well as a representative assigned to deal directly with the region.

An education department spokeswoman confirmed to Nunatsiaq News that the department has indeed received the KSB’s proposed curriculum for Secondary 4 math and science.

“Discussions are still ongoing with KSB on the final development of the program,” the department spokesperson said in an email.

But the department hasn’t offered a timeline for when these could take place.

“The next steps are to finalize the analysis of the documents, propose recommendations if necessary and, if necessary, continue the discussions with the school board [to] give authorization,” the department said.