“What we wanted to do was give a voice to Northerners” 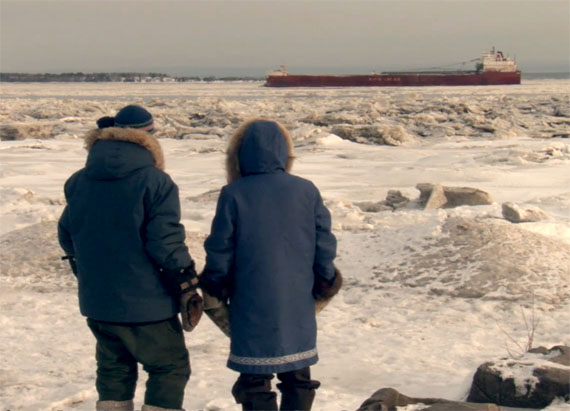 The Institut Nordique du Québec, made up of Université Laval, McGill University and Quebec’s national institute for scientific research (INRS), will offer a seven-unit online course this winter and spring on northern Quebec politics and social development, free of charge. (IMAGE COURTESY OF LAVAL U)

If you’d like to learn more about the social and political issues facing Nunavik and Quebec’s northern regions, watch for a new course in 2017 available online and free of charge.

The seven-session program, titled Northern Quebec: issues, spaces and cultures, is offered through the Institut Nordique du Québec, made up of Université Laval, McGill University and Quebec’s national institute for scientific research (INRS).

The program is designed to reach students across Quebec and the world.

“It’s not quite a course,” explained Thierry Rodon, a Laval professor who has helped develop the seven-module program. “It’s a different concept.”

The MOOC, short for “Massive Open Online Course,” allows universities to show their expertise to a wider audience. In the course, students can work independently through the modules or units, but can also interact through an online forum.

The program’s seven units will touch on Quebec north of the 49th parallel, the economic development in that region and its socio-political evolution.

Rodon, who holds the research chair for sustainable development in the North, developed much of the curriculum based on courses already taught at Laval.

But the courses are careful to reflect the perspective of people in northern Quebec.

“What we wanted to do was give a voice to Northerners,” Rodon said.

“We let them explain what the North is to them,” Rodon said. “And what kind of development people want in Nunavik? That is an important question we ask.”

Some of the units are titled: “Northern Development: Homeland vs Hinterland,” “Regional Governance” and the “Northern Political Economy.”

The curriculum also relies on the expertise of well-known academics such as linguist and anthropologist Louis-Jacques Dorais and sociologist Gérard Duhaime, who worked for many years in Quebec’s North.

You can watch a promotional video of the course here.

More than 1,800 students have already registered for the French-language version of the course, which gets underway Feb. 13.

The registrants are largely Quebecers including a group from Kangiqsujuaq, Rodon said, but the course has also attracted students from France and North Africa.

“I think everyone is interested in the North right now,” he said. “It’s more than just students. It’s also for people who plan to go work in the North.”

A low bandwidth version has already been made available to accommodate students who live in Nunavik.

An English version of the course runs April 24 through June 17.

Students who complete the program have the option of writing an exam to receive a certificate of participation, Rodon said.