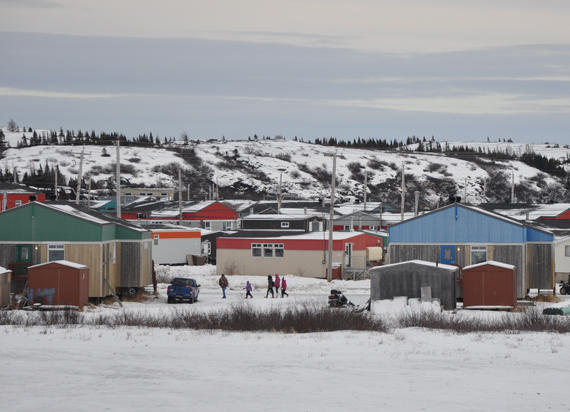 Quebec’s police oversight agency is headed to Kuujjuaq on Friday, Oct. 26 to investigate the death of a 19-year-old woman. (PHOTO BY SARAH ROGERS)

Quebec’s police oversight agency is headed to Kuujjuaq today to investigate the death of a 19-year-old woman.

Early on Friday, Oct. 26, Kativik Regional Police Force officers were called to a home in the Nunavik community where a woman was barricaded inside with a weapon, the Bureau des enquêtes indépendantes, or BEI, said in a news release.

Officers allegedly tried to negotiate with the woman for a time, until they heard an explosive noise come from inside the home.

When officers entered the home, they found the 19-year-old woman dead, the BEI said. The agency has since identified the woman as Penina Adams.

Anytime a civilian is seriously injured or killed during a police intervention, the BEI is called in to investigate.

Investigators with the BEI, along with forensic technicians with the Sûreté du Québec provincial police force, were en route to Kuujjuaq today, the agency said.

Nunavimmiut in distress have a number of resources they can reach out to: