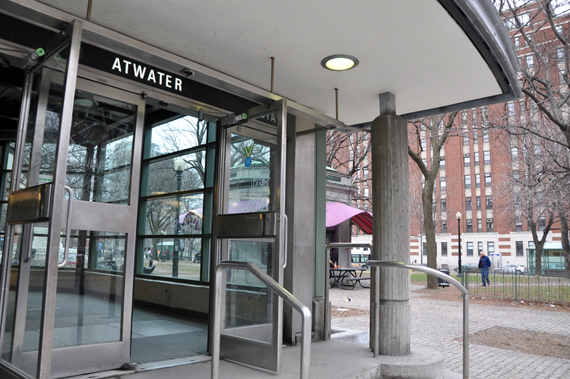 The Quebec government announced its new policy to fight homelessness Feb. 27, with some measures targeted to Montreal’s Inuit population. The city already has some support measures in place for homeless Inuit, including outreach services at a number of the city’s metro stations. (PHOTO BY SARAH ROGERS)

KUUJJUAQ — Quebec launched its first-ever national policy to fight homelessness Feb. 27, including a strategy to respond to what it calls the rapid influx of homeless Inuit to Montreal.

That plan is attached to money announced in last week’s provincial budget, which allots $6 million to new social and mental health programs along with $46 million to build 500 housing units for the homeless.

Most of that money is targeted to Montreal, where the vast majority of Quebec’s homeless population is based, with about $1 million targeted to help the city’s Aboriginal homeless.

“Homelessness can no longer be regarded as inevitable,” said Quebec’s social services minister, Véronique Hivon, Feb. 27. “We must make the fight homelessness a collective national priority.”

In a section dedicated to itinerant Inuit, the policy describes the recent influx of Inuit to the streets of Montreal as “very worrying.”

2012 statistics shows that more than 1,100 Inuit call Montreal home — 67 per cent of whom come from Nunavik. But only half of that group was found to be working or enrolled in studies.

Although Inuit represent about 10 per cent of Montreal’s Aboriginal population, they make up 45 per cent of the city’s homeless population.

The government’s new policy outlines its intentions to develop measures specific to the Inuit community.

With the help of Makivik Corp., there are already a number of support services in place for Montreal’s homeless Inuit.

That includes Makivik-funded case workers in some of the city’s shelters and outreach services targeted to Inuit around a number of the city’s metro stations.

Makivik Corp. is also working with city agencies to deliver more traditional and cultural activities to the city’s homeless Inuit.

As part of Quebec’s new policy, the government aims to help alleviate the very issues that appear to push Nunavimmiut from their communities and onto the streets in the first place: the high cost of living and the region’s acute housing shortage.

Quebec and Nunavik signed an agreement last December that will bump Nunavik’s subsidies from $15 million to $33 million between now and 2017.

But while the homelessness policy includes many good intentions, it is only the preview to a more comprehensive plan.

It’s also one of many new funding packages announced by the Parti Québécois government in the last few months, suggesting that the government is preparing to call a spring election.