Wildlife officers caught the fox May 23 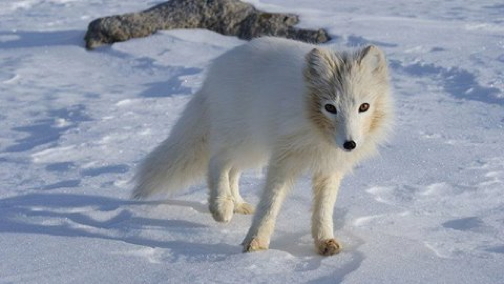 Anyone in Igloolik who has been bitten or scratched by a fox should go to the health centre right away. If you see a fox near the community, contact a consservation officer at 867-222-0386. (FILE PHOTO)

A fox captured in Igloolik has tested positive for rabies, Nunavut’s Department of Health said in a news release, May 29.

Wildlife officers caught the fox on May 23, within the boundaries of the hamlet—where about 1,600 people live.

Foxes spotted in and around communities are considered a danger because if infected with rabies, they can transmit the virus to dogs, and to people.

Treatment for the infection must begin immediately.

“If you have been bitten or scratched, or had any contact with a fox, please go to the health centre and report the incident immediately,” the GN release said.

The rabies virus infects the central nervous system, causing disease in the brain which can be fatal.

Death will often occur within days of the onset of those symptoms.