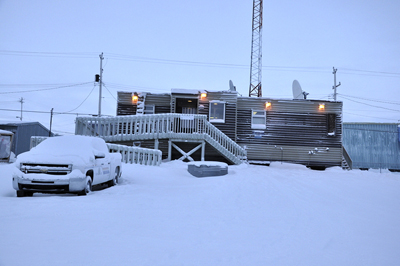 The RCMP detachment in Igloolik. (PHOTO BY THOMAS ROHNER)

In a Dec. 1 release, Nunavut RCMP said police responded to a “disturbance” early on the morning of Dec. 1 in a residence, where they discovered a man without vital signs.

First responders took the man to the local nursing station, where he was pronounced dead shortly afterwards.

Police are not releasing the man’s name.

The RCMP has now launched an investigation into the man’s death, with the help of its major crimes unit.