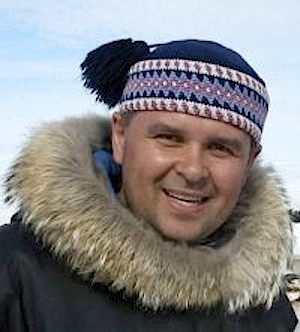 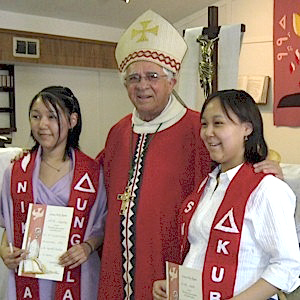 Only a few days after Pope Benedict XVI announced he will abdicate as of Feb. 28, he accepted the resignation of Reynald Rouleau, bishop of Churchill-Hudson Bay, and named Father Anthony Wieslaw Krótki as his successor.

At the time of his appointment, Krótki, better known to his congregation as Father Tony, had served since 2001 as the pastor the second largest Roman Catholic congregation in Nunavut, the St. Stephen parish in Igloolik.

Bishop Rouleau, now 77, has been responsible for the diocese for nearly 25 years.

Rouleau, who was nominated as bishop on May 15, 1987, offered his resignation in 2010 when he reached the age of 75, as required by church canon law.

Bishop-elect Krótki was born June 12, 1964, in Istebna, Poland. He completed his studies in philosophy and theology at the Oblate Scholasticate in Poland in 1990.

After ordination, Krótki did parish ministry work in Poznan, Poland, before coming to Canada in October 1990 to help the Oblates in Manitoba.

Krótki first served in Winnipeg and Toronto, before going to the Diocese of Churchill-Hudson Bay.

Krótki became a Canadian citizen on May 14, 1996, and is now a member of the Taché local community of the Lacombe province of the Oblates of Mary Immaculate, a Feb. 16 news release about Krótki’s appointment says.

Krótki speaks English and Polish fluently, and is able to communicate in Inuktitut.

Two years ago, the approximately 700 Roman Catholic worshippers in Igloolik were without their priest when Krótki fled the community after receiving threats.

That followed revelations of the trauma experienced by many former residential students in Igloolik by Father Eric Dejaeger , who has been accused of many sex charges related to his stay in Igloolik during the late 1970s and early 1980s.

“I never would have imagined that this would have been possible that these kinds of abuses could have occurred,” Bishop Rouleau told Nunatsiaq News in 2011. “Even one instance [of abuse] is one too many.

As bishop, Krótki will have now have to weather Dejaeger’s trial, which is scheduled start Oct. 28, 2013, and is expected to continue until early 2014.

During his tenure as Bishop of the Churchill-Hudson’s Bay diocese, Rouleau dealt with the enduring trauma suffered by Inuit who suffered abuse in the 1950s and 1960s at the Sir Joseph Bernier School in Chesterfield Inlet.

At a July 1993 reunion of former Chesterfield students, Rouleau made an apology that many former students rejected.

In February 1996, the students accepted another apology from Rouleau.

“Tragically, others among you were sexually abused as children. By taking advantage of the trust that you and your families had given to the personnel of the school, the abusers perpetrated a profound violation against you, physically, emotionally and spiritually, but sexually as well,” Rouleau said.

The apology was welcomed by many former students, some of whom had travelled from across the Arctic and from southern Canada to hear the bishop apologize.

The diocese of Churchill-Hudson Bay has 17 parishes and missions, with a Catholic population of 6,115, served by two diocesan priests, seven priests and two Sisters who are members of religious communities, one permanent deacon and three lay pastoral assistants.