Johnny Meeko, 58, worked as teacher at Nuiyak School since 1973 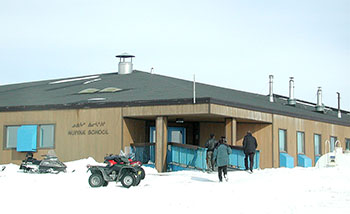 A Sanikiluaq man faces 29 sex charges alleged to have occurred between 1984 and 2006, involving eight complainants.

“This investigation lead to the arrest of 58-year-old Johnny Meeko of Sanikiluaq,” the news release said.

Meeko, who has worked as a teacher at Nuiyak Elementary School in Sanikiluaq since 1973, was arrested Aug. 14

All of the offences are alleged to have taken place at the school.

“The investigation of sexual offences takes considerable time and care,” the RCMP said.” As part of our ongoing commitment to public safety, the RCMP takes steps to support victims who report sexual abuse. If you have been a victim of this crime, please contact your nearest RCMP detachment.”