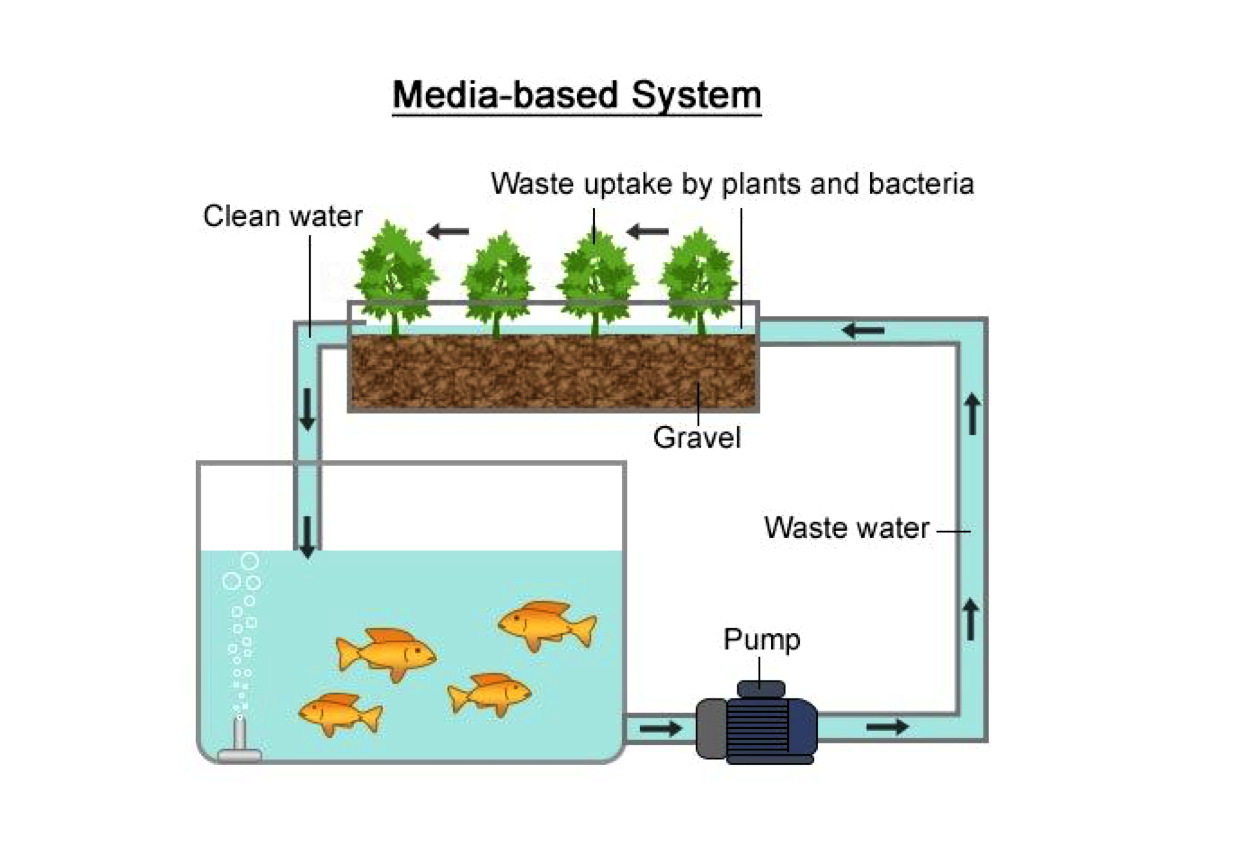 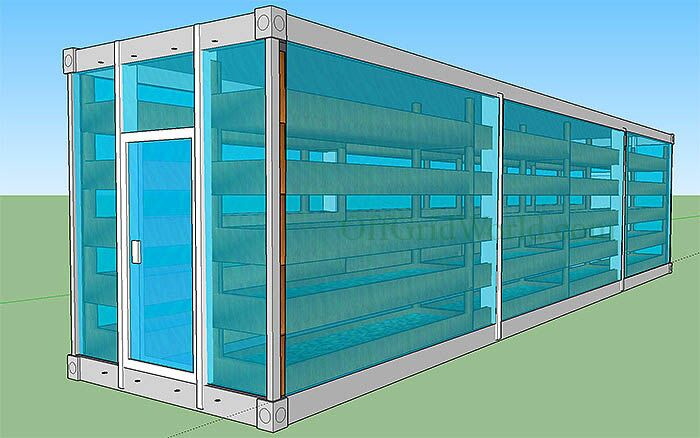 A diagram showing what the “seacan farm” would look like. (PHOTO COURTESY ENACTUS)

“Fruits de mer,” literally fruits of the sea in English, might take on a whole new meaning in Iqaluit if some University of Ottawa students have anything to do with it.

The students plan to ship a retrofitted seacan up to Iqaluit this summer capable of growing plants and herbs year-round in zero sunlight thanks to an easy resource — and namesake — that Iqaluit has in abundance: fish.

“The fish will provide the fertilizer for the herbs and vegetables growing in the shelves, with the plants,” fourth year University of Ottawa health sciences major Sidney Horlick, 21, explained to Nunatsiaq News.

The “aquaponic” seacan, which will contain the necessary warming and photosynthetic lights, will operate for one year to determine the sustainability of the innovative project.

Everything needed to grow the plants is contained within the seacan, with fish — char in the case of the pilot project — occupying the bottom of the container and rows of plants hanging overhead.

The waste produced by the char is pumped up into the plants to provide nourishment, using a circulation system that Horlick explained is nearly 100 per cent efficient because it operates completely on grey water.

The potential gains to the community outweigh the estimated $60,000 that was spent on the prototype, she says.

“I believe over the year it’s a tonne of food that one seacan can produce,” Horlick said.

The estimated harvest could result in cheaper, fresher produce for the city.

“Its really exciting to be able to have something that produces fresh food and its not going to cost several more dollars than it would down south,” said Horlick, a native of Iqaluit.

Horlick and her colleagues are part of a worldwide, student-run non-profit organization named Enactus.

According to its Ottawa-affiliate website, the group “uses the power of entrepreneurial action to empower people to improve their livelihoods.”

Horlick said the idea for the seacan project came from a weekend clinic run by the organization at Iqaluit’s Nakasuk School in 2014, which delivered training for youth on entrepreneurship.

“They identified that a lot of people were saying that food insecurity was an issue, that they felt was a barrier to almost anything in their lives,” Horlick said.

As the project developed, Horlick and her colleagues received about $30,000 in grant money overall.

And the federal Natural Sciences and Engineering Research Council of Canada also signed a memorandum of understanding, or MOU, with the team moving forward.

Horlick says if the pilot project proves successful, the team’s focus a year from now will be convincing Iqalungmiut to take over the project.

“At Enactus, the main goal isn’t to be running it ourselves.”

The team has already met with the City of Iqaluit, but will have to wait until the project proves its viability before discussions continue.

“We’ve met with the sustainability coordinator, we met with other people at the city. They’ve expressed their support but they want to see the pilot project launch before they get any further into it,” Horlick said.

In a region grappling with little to no sunlight for months of the year, Horlick says the seacan could become a game-changer for farming in the North.