Sen. Dennis Patterson ramps up work on behalf of Nunavut 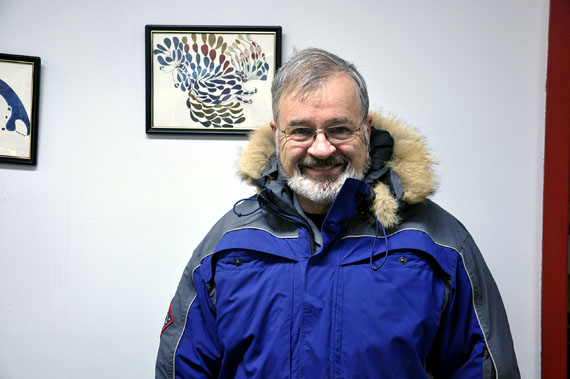 He may not be an MP, but Sen. Dennis Patterson says he continues to lobby for Nunavut interests in Parliament. (FILE PHOTO)

CAMBRIDGE BAY — If you are an public official, you must expect to live your life in the public eye.

While not responding to direct questions about whether or not he believes disgraced Nunavut MP Hunter Tootoo should resign, as a recent petition demands, Nunavut Senator Dennis Patterson said he’s clear on the need for public decorum.

We caught up with Patterson Sept. 11 on his way back from a day visit to the TMAC Resources Inc. Hope Bay gold mine project near Cambridge Bay, which will be considered this week, Sept. 13 and Sept. 14, at a Nunavut Water Board hearing in this western Nunavut town.

Tootoo resigned in May as minister of Fisheries and Oceans and the Canadian Coast Guard and from the Liberal caucus in the House of Commons to enter addictions treatment— and then nearly two months later admitted to an “inappropriate relationship” with a female staffer in his Ottawa office.

Since Tootoo left the Liberal party in May, Patterson said he has been busier than ever.

“I have been approached by a number of people who might otherwise have approached our MP,” he said.

The most noteworthy issue that he helped tackle: a review of fisheries, and the “last-in, first-out,” or “LIFO,” a federal policy that’s been applied to the northern shrimp fishery since at least 1997.

This means fishing fleets who first developed a given shrimp harvesting area—such as companies in Nova Scotia—would be the last to suffer quota reductions.

At the same time, the newest entrants—such as those from Nunavut and Labrador in the case of northern regions—would be the first to experience quota cuts.

And that, Patterson told Nunatsiaq News in June, posed a potential threat to Nunavut’s desire for a larger share of shrimp quota in its adjacent waters.

This issue came up at a time when Tootoo had entered addictions treatment.

“I was approached by a number of Nunavut fisheries stakeholders and urged to interface with the minister following the release of the advisory meeting report,” Patterson said. “I know that had our MP not been in treatment I am sure I would not have heard from the GN [Government of Nunavut], the NWMB [Nunavut Wildlife Management Board] and several fisheries organizations.”

Patterson described a flurry of meetings and consultations as well as a letter sent to the new DFO minster and other efforts to make sure that letter was brought to his attention personally.

“I’m slightly bemused when I hear that people say Nunavut has no voice in Ottawa. I’m of course conscious that I don’t have a voice in what we call ‘the other place’ in the Senate—in Parliament—but I do have a voice in one of the houses of Parliament and I’ve been using it pretty actively in the Senate,” Patterson said, referring to his website where all his activities are listed.

Patterson said that it’s “an unwritten rule of public life is that one is never off duty,” so he’s always working, but also aware that “one is never out of the public eye.”

“That goes with the turf. I’m keenly aware that I’m under the microscope,” said Patterson.

“You know a role model—and that’s 24-7 reality for elected politicians, for any politicians, especially in the North. I did 16 years in the territorial legislature [of the Northwest Territories where Patterson also served as premier between 1987 and 1991], and that came home dramatically to me with some of the sad troubles of some of my colleagues— brushes with the law and other unfortunate circumstances.”