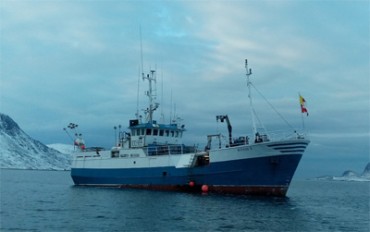 Nunavik’s Inuit organization banked over $7 million in royalties from the shrimp fishery for the 2017-2018 year. (FILE PHOTO)

Makivik Corp. hauled in $7.2 million in fishing royalties this year from its 2017-2018 shrimp fishery.

That shrimp season ended March 31, but the Nunavik Inuit organization released this annual figure July 4, after meeting with its Newfoundland fishing partner.

“The prices for our northern shrimp remain strong and we are increasing our market in Europe,” Makivik said in a news release. “Northern shrimp is very popular in China and this is a market that we continue to develop.”

But because shrimp stocks haven’t been steady everywhere in the North, now Makivik is working to strengthen a “secondary species” caught in waters between Baffin Island and Nunavik.

Right now, “there is no indication for any quotas being cut” but that decision is made annually, he said. “We’re building on the other species.”

The way licences and quotas are now, the organization isn’t likely to get its own vessels any time soon, Moorhouse said.

“It’s not economical with the licence that we have. And with it precarious, that we could have quota cuts depending on population, it’s just not stable enough.”

Makivik has been working with Newfound Resources Ltd. for over 15 years. The company has an arrangement with Makivik Corp. to prioritize Inuit employment.

But competition with mining positions makes it hard to get people to apply for those jobs, Moorhouse said.

“We haven’t been able to supply them with many,” he said.

In April, a shrimp training program was offered in Salluit over four weeks, run by the Nunavut Fisheries Marine Training Consortium in conjunction with the Marine Institute of Memorial University in St. John’s.

It’s the second year for this kind of fisheries training, which before that hadn’t been offered through Makivik for over 12 years, Moorhouse said.

“It enables the successful candidates to work on the offshore trawlers operated by our fishing partner, Newfound Resources Ltd.,” said the news release.