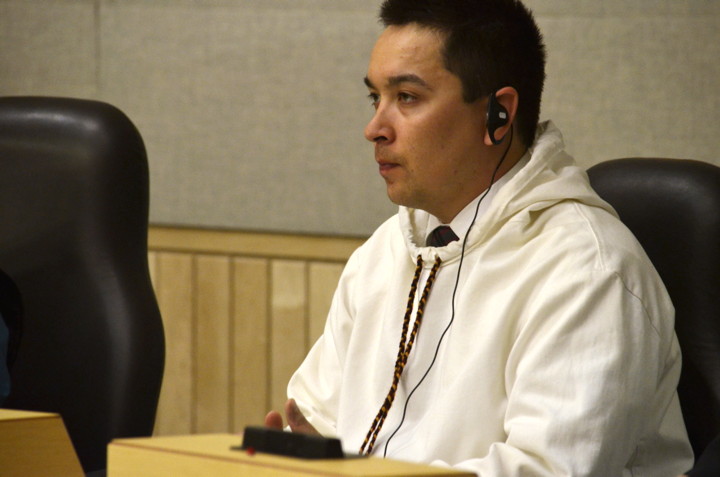 MLA for South Baffin, David Joanasie, at the Nunavut Legislative Assembly May 28. (PHOTO BY DAVID MURPHY)

A public housing unit in Kimmirut is sitting vacant because of a murder-suicide that occurred there on March 30, 2013.

A man, a woman and a child of were all found dead in the community of just under 500 people last year.

At the start of the Easter weekend, a 27-year-old man murdered his 27-month-old son and his 23-year-old girlfriend, who was taking an office administration course at Arctic College in Iqaluit and had come home to Kimmirut for a visit. The man took his own life.

“The housing unit where the incident occurred has been left untouched and remains unoccupied,” said South Baffin MLA David Joanasie, through an interpreter May 28 at the Nunavut Legislative Assembly.

Joanasie said more than a year has passed now since the incident.

“This has had a negative effect on the community’s healing process, as the abandoned housing unit stands as a daily reminder of the tragic event,” he said.

Joanasie asked George Kukusk, the minister responsible for the Nunavut Housing Corp., what the Government of Nunavut plans to do with the house.

Kuksuk described the incident as “tragic.”

“I can say today that this is being resolved at this time. Nothing has come to my attention with respect to what kinds of stuff they want to resolve,” said Kuksuk, in Inuktitut.

“I realize that the relatives of those people have had a hardship and we have to think [of] resolving it.”

Kuksuk later said that the house will be renovated.
“Perhaps it will be used for staff housing for people that go to Kimmirut,” Kuksuk said.

Kimmirut has had its fair share of tragedies in the past few years.

In 2012 there were two separate shooting incidents in the community.

One in March, when David Lyta shot numerous rifle rounds into staff houses occupied by two RCMP members and their families.

Another incident occurred later that year in July when Joe Utye shot at the Kimmirut RCMP detachment.

And in 2007 Cst. Douglas Scott was shot and killed by Kimmirut man Pingoatuk Kolola.