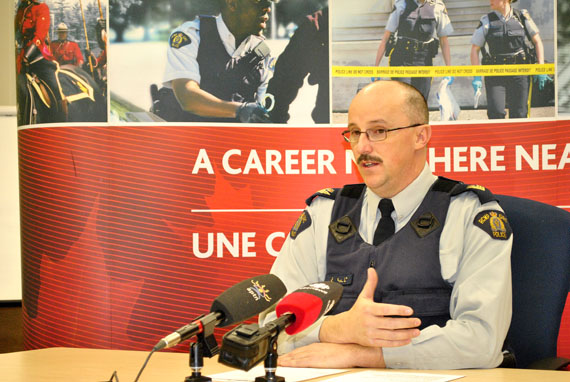 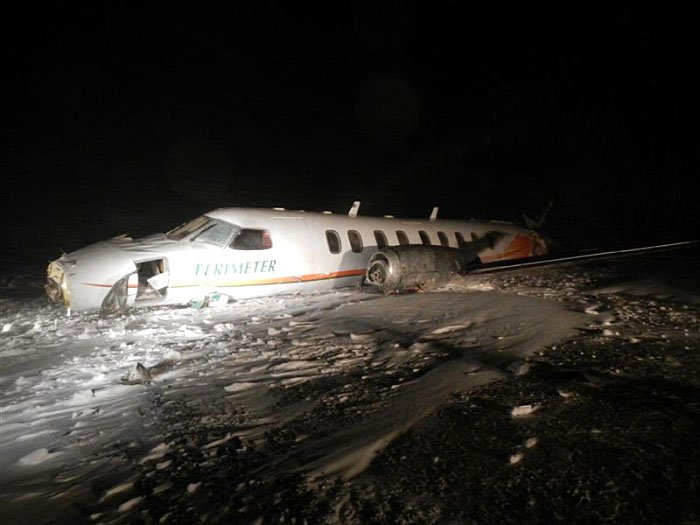 A photo of the Perimeter Aviation Fairchild Metro III aircraft, registered C-GFWY, that crashed just after 6 p.m. Dec. 22 near the Sanikiluaq airport. The Transportation Safety Board said the flight crew were attempting for a second time to land in blowing snow just before the crash. The TSB said the cockpit data recorder has been removed from the aircraft and will be examined by TSB investigators. (PHOTO COURTESY OF THE TRANSPORTATION SAFETY BOARD) 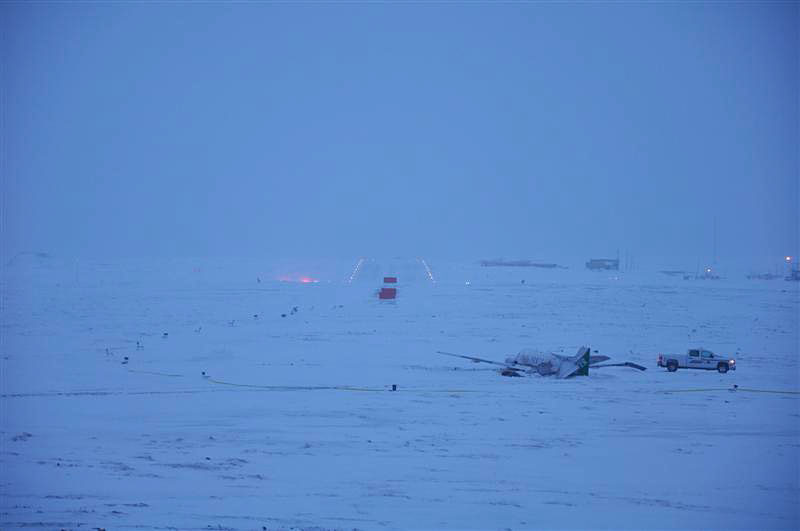 This photo shows where Perimeter Aviation’s Metro III aircraft crashed Dec. 22, about half a kilometre from the end of the Sanikiluaq runway. (PHOTO COURTESY OF THE RCMP)

A six-month-old infant died Dec. 22 when a Fairchild Metro 3 turboprop aircraft chartered by Keewatin Air and operated by Perimeter Aviation LP crashed about half a kilometre from the end of the runway at Sanikiluaq, the Nunavut RCMP said Dec. 23.

Another six passengers and the aircraft’s two crew members, a pilot and co-pilot, have received treatment for injuries that police describe as “non-life threatening.”

The Transportation Safety Board said the flight crew had attempted a second landing in blowing snow just before the crash. The TSB said the aircraft’s cockpit data recorder has been removed from the aircraft, and will be examined by TSB investigators.

In a statement, Perimeter Aviation said the Transportation Safety Board and the RCMP have taken control of the accident site and that they will “defer to the investigating authorities for any information around the accident itself.”

“Our hearts go out to the passengers and crew and their families during this difficult time,” the airline said.

The Government of Nunavut said the pilot and co-pilot have been flown to Winnipeg on a medevac to be treated for serious injuries, but they are expected to recover.

The remaining six survivors received treatment at the Sanikiluaq health centre for minor injuries and were released, the GN said.

Two nurses have been flown in from Churchill to help staff at the health centre, and a mental health nurse is in the community to offer support.

“Additional counseling services will be offered to the families and staff,” the GN said in a news release.

Sgt. Paul Solomon of the Nunavut RCMP told reporters that the response to the emergency likely occurred quickly.

“Sanikiluaq is quite a small community, with approximately 800 people and the RCMP in Sanikiluaq is very involved in the community… the response time would be minimal,” Solomon said.

Solomon said he does not know if the flight crew had accurate weather information for their time of arrival in Sanikiluaq.

“I do know that pilots rely on many sources [of weather information], but I do not know what they would have relied on in this particular case,” Solomon said.

RCMP members, a local search and rescue team and members of the Canadian Rangers all helped respond to the emergency, the GN said.

The Nunavut chief coroner, Padma Suramala, is to arrive in Sanikiluaq Dec. 24 and, with staff from the Transportation Safety Board, will participate in the investigation of the incident, the GN said.

“It is with profound sadness that I offer my condolences to everyone affected by the tragic plane crash that occurred outside of Sanikiluaq last night,” Premier Eva Aariak said in a statement.

“During this holiday season, my thoughts and prayers are with the loved ones of the infant whose life ended far too soon, to the survivors, and to the entire community of Sanikiluaq.”

Aariak thanked hamlet workers, local search and rescue volunteers, Rangers, health centre staff, RCMP members and others in the community who helped cope with the incident.

“During this difficult time, Nunavummiut from across the territory stand with those affected by the crash and offer our support and sympathy,” Aariak said.

Terry Audla, the president of Inuit Tapiriit Kanatami, expressed his sympathy in a statement released Dec. 22.

“I am deeply saddened by this tragic event just days before Christmas,” Audla said. “My thoughts and prayers are with the community. This is a time for us to come together as Inuit, to support one another and provide comfort in any way we can.”

Environment Canada shows no available weather information for that time in Sanikiluaq, but at 5 p.m., the agency’s weather service reported light snow, a temperature of 5 C, and winds from the north at 28 km/h gusting to 46.

The small, twin-engined aircraft was chartered by Kivalliq Air, a division of Keewatin Air, and was listed as flight 671, police said.

Keewatin Air’s flight schedule shows that flight 671 normally departs Winnipeg every Monday, Wednesday and Friday and 9 a.m., with a 1 p.m. arrival in Sanikiluaq. It’s not clear why the Dec. 22 flight departed Saturday and not Friday.

Perimeter Aviation and Kivalliq Air, a division of Keewatin Air, are owned by the same firm: a company called Exchange Income Corp., which also owns Calm Air and Bearskin Airlines.

A Transport Canada civil aviation occurrence report shows that on Dec. 18, 2010, a Metro aircraft operated by Perimeter Aviation suffered “substantial” damage when it ran off the runway at Sanikiluaq and got stuck in snow.

The Transport Canada incident report from the 2010 incident said weather information was not available at the time and the flight crew did a visual inspection.

After touching down, the crew lost control in a crosswind and the aircraft veered off the runway. The two crew members and a nurse, who was the only passenger, were not injured in the 2010 incident.