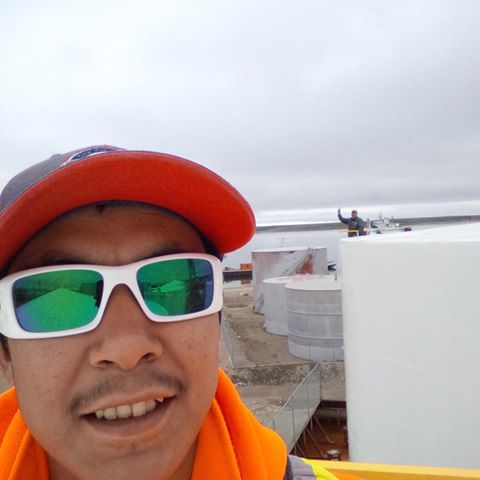 Sources have identified the victim of a snowmobile death in Cambridge Bay as George Nahogaloak. (FACEBOOK PHOTO)

Sources in the community identified the deceased man as George Nahogaloak, an apprentice electrician.

“We can confirm we are investigating a fatal skidoo accident in Cambridge Bay,” Cpl. David Lawson told Nunatsiaq News April 26.

The incident occurred on the evening of April 24, Lawson said.

“The incident involved just a single vehicle, believed to be going at a high speed,” he said.

Police said April 27 that a preliminary investigation determined Nahogaloak had been travelling at a high rate of speed on his snowmobile when the incident occurred.

When the police arrived, a passerby was performing CPR on Nahogaloak, who was taken to the Kitikmeot health centre where he pronounced dead.

“No foul play is suspected,” the RCMP said April 27 in a release.

In the release, police reminded snowmobilers to follow the rules of the roads and wear appropriate safety gear when on their machines.