Are plants flowering earlier in the year? 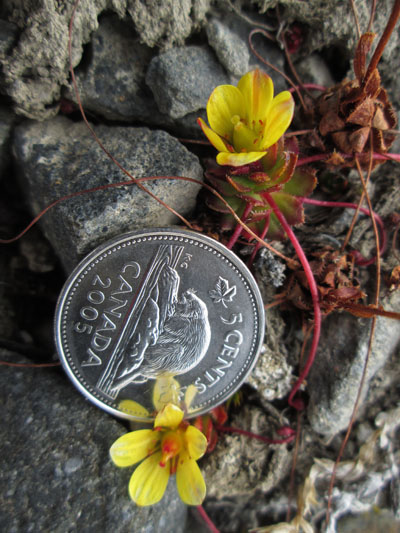 Here’s a spider plant (Saxifraga flagellaris) — or Kakillarnaliit in Inuktitut — at Lake Hazen in Quttinirpaaq National Park on Ellesmere Island. Panchen said finding flowers like these was like “trying to find a needle in a haystack.” (PHOTO COURTESY OF ZOE PANCHEN). 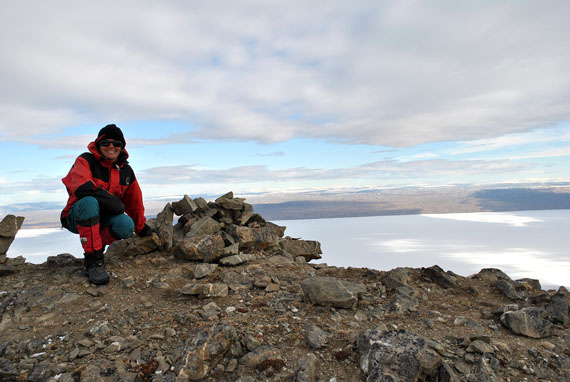 Nunavut may be in the middle of winter right now, but you might see some flowers pop up sooner than you might expect next summer.

She’s previously studied flowering in Philadelphia, Pa., and concluded that plants there are flowering earlier at a rate of one day earlier per decade.

Now her goal is to find out if the same thing is happening in Nunavut.

Recent climate change studies have shown that the warming climate is threatening wildlife in the North, and that the retreat of Arctic sea ice is causing heavier rainfall in Britain.

Studies like Panchen’s are more commonly done in places like Iceland, Northern Europe and Russia — but very little research has been conducted in northern Canada, she said.

“It’s pretty new. Certainly in Nunavut there has been very little work done in this area.”

Panchen arrived in Iqaluit last summer, in June. She looked at 68 different species of plants in Iqaluit and at Lake Hazen on Ellesmere Island inside Quttinirpaaq National Park.

She gathers these plants and keeps a record of them, noting when the plants begin to flower or fruit — to blossom or to drop its seeds.

Panchen said it’s harder to spot signals of climate change through flowers compared with more temperate areas like Philadelphia —because of the snow and frozen lakes and oceans in the North.

But compared to other previously documented studies of plants and their flowering times, Panchen sees a trend forming already.

But Panchen said that the change is “small — it’s not huge,” and that her research gathered this past summer serves more as a baseline understanding of the type of plants and their flowering schedules.

However, Panchen thinks that fruiting for some plants might be happening sooner.

“The plants will be able to disperse their fruit earlier just because the temperatures are warmer, and therefore they can do their reproductive cycle faster,” Panchen said.

Panchen said that in the future, plants could either flower more often and in abundance because of a warmer climate — meaning more flowers around town — or there might be fewer flowers because of a later frost than usual that would kill the plants, something that is happening now in the Rocky Mountain area of Colorado.

“The other part to this is that plants from further south may migrate north and then people could see new species flowering in Iqaluit, but so far this has not been documented,” Panchen said.

Overall her study is a good indicator of climate change, she said.

“The work I’ve done in the past has definitely shown a clear relationship between flowering time and the temperature,” Panchen said.

Panchen plans to come back up to Iqaluit in the summer of 2014 to continue her research.

Panchen said she is interested in any photos or records of any plants in Iqaluit. Her email address is Zoe.Panchen@Carleton.ca.