“That’s my goal, to make us equal with the rest of Canada” 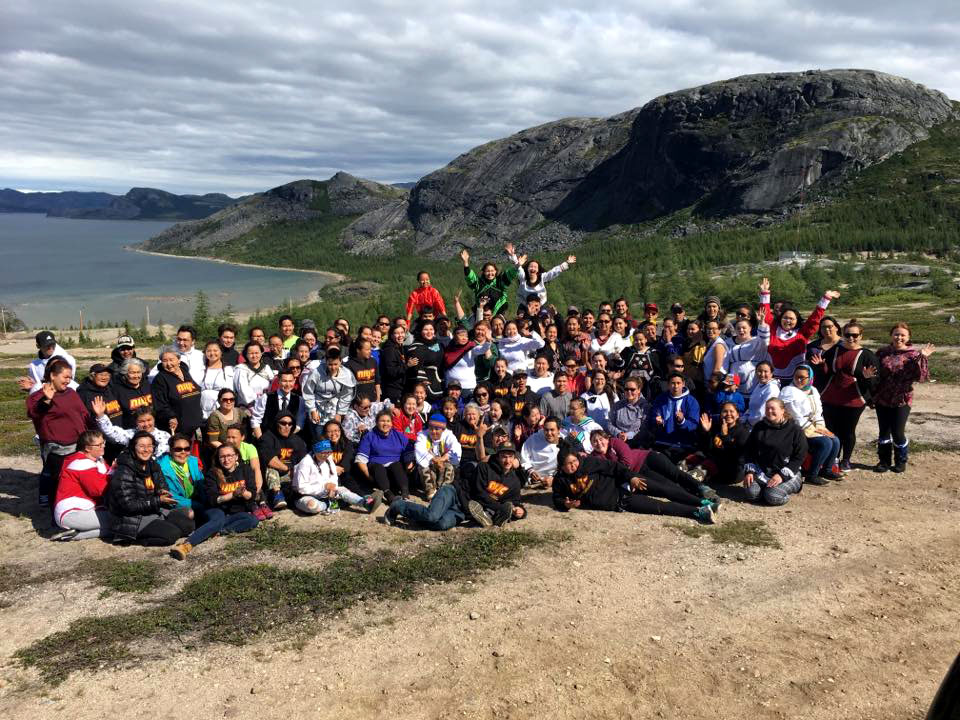 Inuit youth gathered in Nain, Nunatsiavut from July 31 to Aug. 4. Their new president, Ruth Kaviok of Arviat, 19, says suicide prevention will be her top priority. (PHOTO COURTESY OF NIYC)

Young Inuit from across Canada have spoken: suicide prevention is the top priority for the National Inuit Youth Council, and will take precedence in new strategic planning meetings coinciding with the appointment of the group’s new board and president.

The newly-elected NIYC president, Ruth Kaviok, a 19-year-old from Arviat, said the issue holds a special place for her, since she participated in a suicide awareness walk and talent show celebrating life in her hometown last year.

Suicide prevention, as well as language and culture rights, mental health, addiction, and education were the most important issues identified by Inuit youth attending an NIYC summit in Nain, Nunatsiavut, which began July 31.

“As one of the Inuit youth who grew up [around] all these types of problems, I want to put a stop to these, day by day, one by one,” she told Nunatsiaq News by phone from Nain, alongside the outgoing NIYC president, Maatalii Okalik, on the last day of the summit Aug. 4.

Suicide within Nunavut was declared a crisis by Premier Peter Taptuna following a special coroner’s inquest in 2015.

Statistics from last year show no meaningful sign of improvement, with rates about 10 times higher the national average—and even higher for youth.

Kaviok said she expects the NIYC’s new strategic plan will be unveiled sometime in the fall.

The NIYC was founded by Inuit Tapiriit Kanatami, Canada’s national Inuit advocacy group, in 1993, with members representing each of the four Inuit regions in Canada.

Along with participating on about 10 national and international boards, the NIYC president will also sit on the Inuit-Crown Partnership Committee, a new bilateral working group created by Prime Minister Justin Trudeau and ITK President Natan Obed last year.

“Now that this summit is almost over, I get the idea of what youth want, I’m going to promote and advocate for these rights they ask for,” Kaviok said.

The outgoing NIYC president, Maatalii Okalik, said it was important for her to attend the summit in person to support Kaviok during the transition.

She also spoke to the roughly 100 attending youth about her experiences as president during a keynote speech.

That speech focused on the need for Inuit youth to gain access to their roots and history, and its impact on personal development.

“The more Inuit youth are aware of what happened in the last three generations, the more prepared they will be to make critical decisions about their own lives in a positive way,” she said.

“There are a large number of social inequalities that Inuit face… it’s clear that our human rights are being infringed upon based on our quality of life in the country.”

Okalik said by phone she was pleased by the number of youth attending the summit who had interest or were already enrolled in nursing programs—a frontline career she identified as crucial for Inuit participation.

Okalik said her life after the presidency of NIYC will continue with a full-time job, but joked “I’m probably the youngest retired person.”

“At this time, I’m leaving all options open,” she said about her political career.

If you are in emotional distress, First Nations and Inuit Hope for Wellness Help Line can be reached at 1-855-242-3310. The line is free and available 24-hours a day.