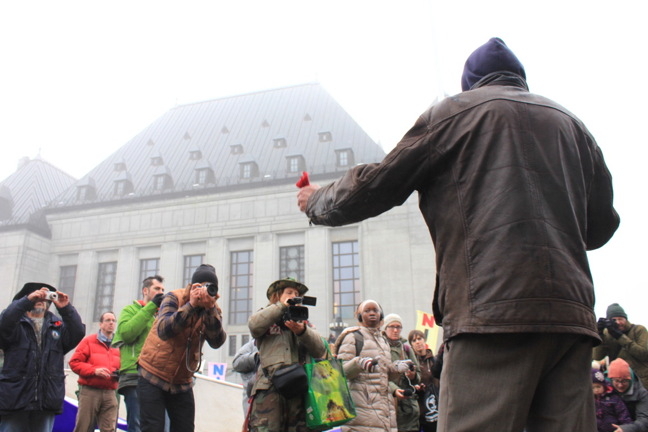 A final, decisive ruling in the long-standing legal battle over seismic testing in the waters off the coast of Baffin Island, and the duty to consult Aboriginal people, will be delivered at the end of July, the Supreme Court of Canada announced, July 19.

The decision will end a three-year battle between three Clyde River parties—the hamlet, the local hunters and trappers group and Jerry Natanine—and a multi-company conglomerate, which got permission from the National Energy Board in 2014 to conduct five years of seismic testing in Baffin Bay and Davis Strait.

Many believe the loud explosions disrupt and even damage nearby fish and marine animals which Inuit rely on for food.

The decision sparked outrage across Nunavut with protests in several High Arctic communities.

The Clyde River parties appealed the NEB’s decision to the Federal Court of Appeal later that year, seeking a permanent injunction against seismic testing in Davis Strait and Baffin Bay.

The group argued that the NEB failed to properly consult with Inuit before approving the project and by not doing so, they breached rights guaranteed to Indigenous peoples in the Canadian Constitution. But they lost that appeal.

In March 2016, the Supreme Court of Canada gave the Clyde River seismic opponents leave to appeal in a joint hearing in November 2016 that also considered another Indigenous land-rights case between the Chippewas of London, Ont., and the NEB over an approved crude oil pipeline project.

The SCC’s decision in both cases could set a dramatic precedent for private companies, and governments, on their duty to consult Aboriginal peoples on projects that potentially impact their traditional lands and waters.

Shortly after the release date for the Supreme Court’s decision was announced July 19, Natanine, former mayor of Clyde River and the public face of seismic testing opposition, posted on his Facebook page, “Bring it on!”