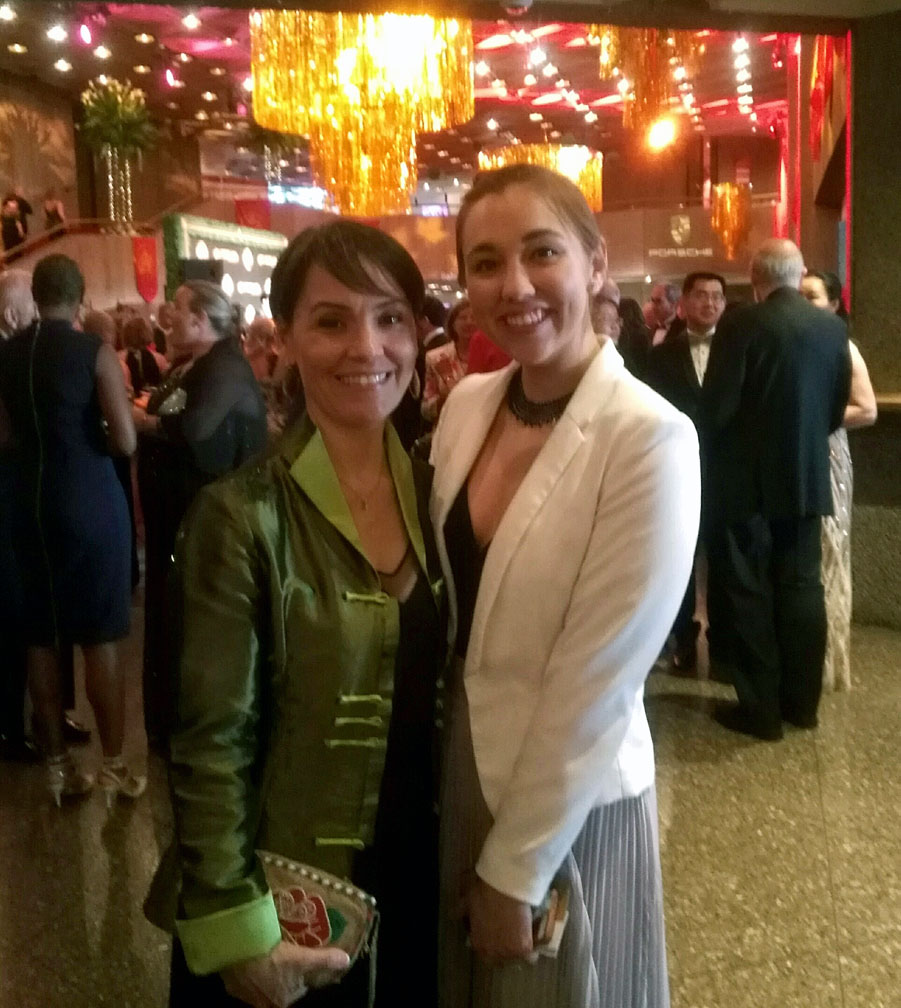 Susan Aglukark and Meeka Komaksiutiksak of the Arctic Rose Foundation at the Governor General’s Performing Arts Award Gala held June 2 in Ottawa. Governor General Julie Payette, a former astronaut, gave Aglukark a CD that Payette had carried into space on the Space Shuttle Endeavour in 2009. (PHOTO COURTESY OF JOYCE MACPHEE)

When Susan Aglukark attended the Governor General’s Performing Arts Award Gala in Ottawa on June 2, she was given an unexpected honour.

Aglukark, who received the Governor General’s Lifetime Artistic Achievement Award in 2016, attended the ceremony this year along with a colleague from the Arctic Rose Foundation.

Governor General Julie Payette gave a speech during the gala describing how the Voyager 1 and Voyager 2 spacecraft, launched in 1977, had gone into space with material that included music and other artistic works.

“The performing arts are central to our humanity,” said the Governor General.

Voyager 1 and Voyager 2 have now travelled far beyond our solar system with the remote chance that the messages they contain will be found by other civilizations in the universe.

The Governor General, who is a former astronaut, revealed that when she worked aboard the Space Shuttle Endeavour in 2009 she had brought a very special CD with her that now needed to be returned to its source.

With a great flourish, the Governor General said that the CD that had travelled 10 million kilometres with her in outer space was Blood Red Earth by Susan Aglukark.

The camera then focused on Aglukark sitting in the audience. She appeared profoundly moved.

The Governor General presented Aglukark with the framed CD following the gala.

Although she has received many honours, including the Officer of the Order of Canada, this acknowledgment is further recognition of Aglukark’s importance as an artist and humanitarian both within Canada and around the world.