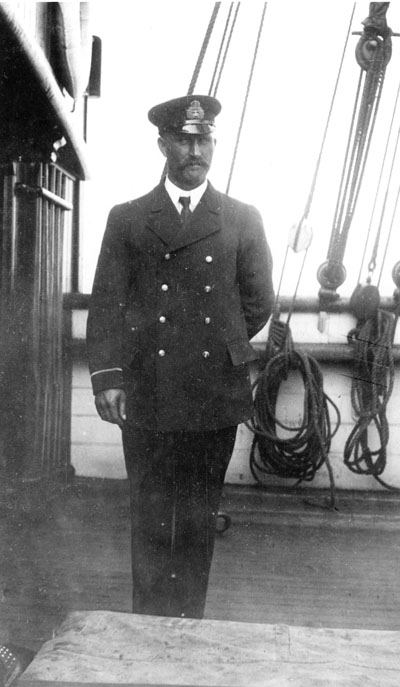 Those familiar with the history of the Pond Inlet area will know something about the killing of a Newfoundland trader, Robert Janes, a killing which led to the first murder trial in what is now Nunavut.

The purpose of this article is not to recount the murder or the trial, but rather to introduce Robert Janes and tell about his introduction to the Arctic.

Robert Janes was born July 20, 1872, the son of Ambrose and Sarah Janes, at Gooseberry Islands, a cluster of small islets in Bonavista Bay off Newfoundland’s northern coast. His father was in the fishing business, and a God-fearing member of the Church of England, into which faith Robert was baptised two days after his birth. He had three sisters and six brothers, including one, Ambrose, named after their father.

The two settled Gooseberry Islands were only about one hundred feet apart. The population was never large — it peaked in 1901 at 389 people — but there were four churches — Roman Catholic, Church of England, Methodist and Salvation Army.

The shallow waters of Bonavista Bay were a spawning ground for capelin, which attracted cod, and the life of the community centred around fishing. The men of Gooseberry Islands worked in both the inshore and the Labrador fisheries, and augmented their incomes by raising livestock and cultivating gardens. The men traveled up the bay by sail-driven boat to cut firewood to fuel their woodstoves, timber to frame boats, and logs to saw as lumber for houses, wharves and fences. The community was self-sufficient.

Ambrose Janes was successful in business and anxious that his sons do well in life. Each of them, including Robert, took part of his education in St. John’s. In 1893, when he was 21 years of age, Robert Janes married Leah Elizabeth Hall of Newtown, also in Bonavista Bay, a woman one year older than he. A son was born to the couple in 1898, and another the following year. Shortly after the turn of the century, the growing family moved to Alexander Bay, a fishing village near Glovertown, where Robert’s father, having relocated, acted as the local Justice of the Peace and continued with his lucrative fishing business.

As did most young men of his time and place, Robert Janes went to sea. He had grown up hearing the tales of island men who had gone “down north” to the Labrador. As a young man, he undoubtedly sailed the Labrador coast himself and was well used to sailing in ice-plagued waters. The Arctic lured him, as it has so many Newfoundland seamen.

In 1910, the vessel, Arctic, left Quebec City on July 7. Aboard was Robert Janes, who had signed on as second officer. He was thirty-eight years of age and this would be his first experience of the High Arctic. By July 31, the Arctic was in the ice off Albert Harbour, at the entrance to what the whalers called Pond’s Bay or Pond’s Inlet.

On that day, Robert Janes saw Inuit of Baffin Island for the first time when a group came aboard to trade. They gave him an Inuit name that would stick — Sakirmiaq, the best they could do at pronouncing his rank of second mate. Another crew member, also new to the Arctic, described these Inuit as “…very strange people clothed all in seal skin and long black hair… They seem very jolly fellows and always ready to laugh.” The vessel remained at Albert Harbour for some time.

On August 4, the crew built a small house there, twelve by sixteen feet, where they left three months’ provisions to be used in case of emergency. Two days later Robert Janes was ashore fishing at the Salmon River, fifteen miles to the west of the harbour.

Resuming the voyage, Bernier took the ship westward, but ice twice prevented him from passing McClure Strait, and he turned back to Winter Harbour. He tried a third time to navigate the strait, but the pack thwarted him once again. Reluctantly he headed back eastward.

The Arctic reached Admiralty Inlet on the tenth of September and the crew began preparations for wintering in Arctic Bay, a protected bay near the Inuit encampment of Uluksan. The location was ideal, for the bay was enclosed on all but its southern side by high hills. The enclosure was almost completed on the remaining side by a low, rocky peninsula, Pataatalik, on which Bernier would raise a cairn, renaming it Holy Cross Point.

Throughout the fall and early winter, as darkness descended, Robert Janes remained active, exploring and hunting by dog-team. He took well to this work and noted in his official journals that he brought back samples of a number of different kinds of minerals.

Bernier was anxious to send letters south as early as possible in 1911 to inform his department and his family of his whereabouts and his safety. He knew that Scottish whaling ships continued to call occasionally at Pond’s Inlet early in the season, and he felt that sending mail from Arctic Bay to Pond’s Inlet to await the arrival of the first whaler might be the best way to ensure an early delivery of mail south, even while the Arctic would still be frozen in at Arctic Bay. Early in December, the captain instructed Robert Janes to deliver the ship’s mail by dog-team to Pond’s Inlet and to remain there until picked up by the Arctic the following summer.

Next week I will continue with more on Robert Janes’s introduction to the Arctic.