Isaac Stringer, the bishop who ate his boots 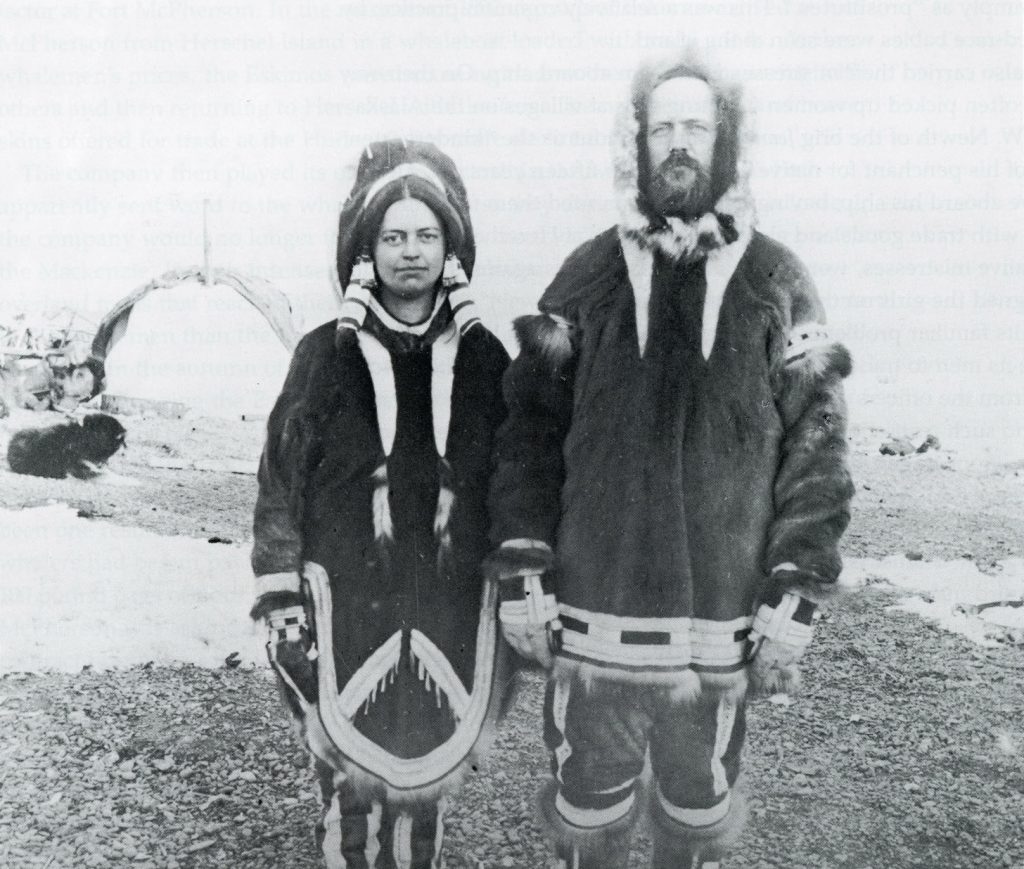 I have written often about the Blacklead Island mission station in Cumberland Sound, near present-day Pangnirtung.

While Church Missionary Society preachers were bringing the gospel to Inuit at the Baffin Island whaling station, a similar scenario unfolded at the opposite end of the Arctic.

The situation at Herschel Island, north of the Yukon mainland, roughly mirrored that at Blacklead.

Both were populated by foreign whalemen—in Herschel Island’s case mostly American rather than Scottish, but with a liberal admixture of Scandinavians, Polynesians and immigrant Alaskan Inuit. The mission station depended on the whalers for accommodation and transportation.

Isaac Stringer was born on an Ontario farm in 1866. He attended Wycliffe College, a theological school associated with the University of Toronto. Once he accepted the call to northern service, he took additional courses in medicine and dentistry.

His first posting, in 1892, was to Fort McPherson, where he was fortunate to serve under the veteran Archdeacon Robert McDonald. But he knew from the outset that his calling was to serve the Inuit. In August of that year, he visited Inuit on the coast for two weeks.

The following autumn he began a long journey, which took him for the first time to Herschel Island, from where he returned in the summer of 1894. Four whaling ships were frozen in at the island that winter.

That summer Bishop Reeve ordained Stringer as a priest. The following year he and a new missionary, Reverend Charles Edward Whittaker, travelled with the bishop back to Herschel Island, and from there, Stringer took a whaling ship to San Francisco for a one-year furlough.

In March of 1896, he married Sadie Alexander, an Ontario girl who had long been his fiancée. She had worked as a secretary in a New York law firm, but had given that up to return to Canada and study nursing to better prepare herself to be the wife of a missionary.

The couple moved to Fort McPherson that summer, where their first child was born. In 1897 they moved to Herschel Island where they had a second child.

Isaac and Sadie were very much a team. Walter Vanast, a medical historian who has written about the couple, claims that the most repeated words in Isaac’s diary were: “My wife and I.”

Except when he was away on trips to visit Inuit, the pair were inseparable—on social calls, sick visitations, long walks together and evenings spent reading.

In addition to her household duties, Sadie taught classes for the Inuit and evening courses for the whalers. When Isaac was ill—which was often—she led church services.

The Stringers remained at Herschel Island until 1901. In that time, although the couple was very popular with the Inuit and Isaac’s worship services were well attended, he made not one single convert to Christianity. It was a measure of his honesty that he would not baptize people who were not ready, just to pad the numbers.

Isaac had attained proficiency in the Inuit language and had translated hymns and prayers. He had hoped that teaching the Inuit to read would lead to more understanding and the eradication of pagan beliefs.

But the opposite happened. The Bible became an object of awe and written words were treated as amulets. One man, Avumnuk, asked the missionary to write the word for seal on a piece of paper.

Isaac complied, then was horrified when he learned that the man wanted it “as a charm to put on his net so that he might get more seals.

Others reasoned that, with a book as powerful as the Bible and with his medical skills, Isaac should be able to “work the book” and pray to God to cause the death of an unpopular man.

Their dependence on the whalers troubled Isaac. The mission house belonged to the whaling company. Their supplies came by whaling ship. Sadie’s uncle acted as a trader for a whaling company, and Isaac was caretaker of their buildings in their absence.

Many of the whalers used alcohol to excess and traded it to the Inuit for furs. Many loaned their wives to whalers in return for alcohol or other supplies. But, to the end of his stay, Isaac found no way out of this dependence.

In the summer of 1901, the Stringers took passage on a whaling ship to San Francisco. Isaac’s health would not permit a return to Herschel Island. Their residency among the Inuit was at an end.

Vanast has written, “It would be hard to imagine a brighter, more capable pair of southerners for the job. Yet they had not gained a single convert.”

Isaac accepted the rectorship of the Anglican church in Whitehorse in 1903—for a time Robert Service was his vestry clerk. Two years later he was made Bishop of Selkirk, the Yukon diocese that had been created in 1891. (Its name was changed to Diocese of Yukon in 1907.)

The previous bishop, Bompas, conveniently died in 1906, making the Episcopal Palace at Carcross (then called Cariboo Crossing) available for the Stringers.

They didn’t remain long there, however, moving to Dawson City in 1907 when it was designated the seat of the diocese. (At that time, Dawson City was Yukon’s capital and administrative centre.) They lived there until 1931.

In 1909, accompanied by Rev. Whittaker, Stringer travelled to the Arctic coast. There he baptized nine Inuit. Finally, his efforts had born fruit.

But on that trip he very nearly lost his life. Returning from the coast, overland to Dawson City, the party ran out of food. His diary entry for Oct. 21 reads:

“Breakfast of sealskin boot, soles and tops boiled and toasted. Soles better than uppers. Soup of small scraps of bacon and spoonful of flour (the scrapings of the flour bag), the last we had; tired; hands sore; took a long time to pack up.”

And then later in the day: “Heard children’s voices in the distance and then saw houses on left hand about a mile ahead. We stopped and thanked God for bringing us in sight of human habitation.”

Like most missionaries, Stringer was an able publicist—it helped in raising funds. When his brush with death reached the outside world, he became known as “the Bishop who ate his boots.”

In 1931, Isaac Stringer became Archbishop of Rupert’s Land and moved to Winnipeg. He died there three years later. Sadie lived until 1955.