$5,000 offered for information leading to recovery of gun 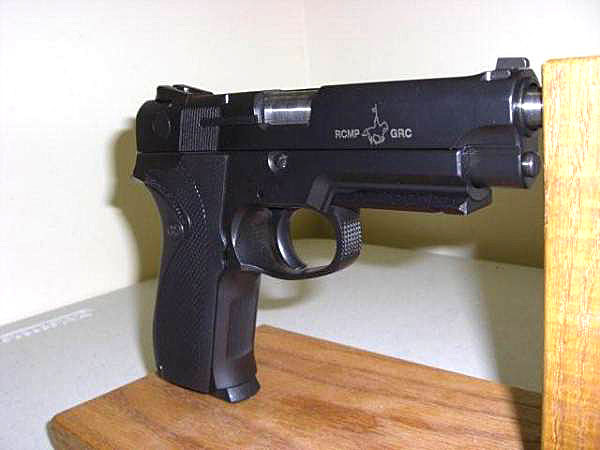 This is the most common type of sidearm issued to RCMP members in Canada: a Smith and Wesson 9 millimetre 5946 pistol.

RCMP members in Arviat are searching for a handgun stolen from their detachment some time between late April 9 or early April 10.

“A reward of up to $5,000 is being offered to the person that leads to the recovery of the gun,” said a Facebook message posted by Sgt. Shayne Courtorielle of the Arviat RCMP on the Arviat local news page.

In the Facebook post, Courtorielle said somebody broke into the Arviat detachment and stole an RCMP pistol, ammunition clips and bullets.

“A third party can be used to return the gun, but make sure the clips are out of it. No questions will be asked!!” the Facebook post said.

Police said an email about the matter may be sent to shayne.the.cop@gmail.com.