Thieves make off with prized art works from Iqaluit museum 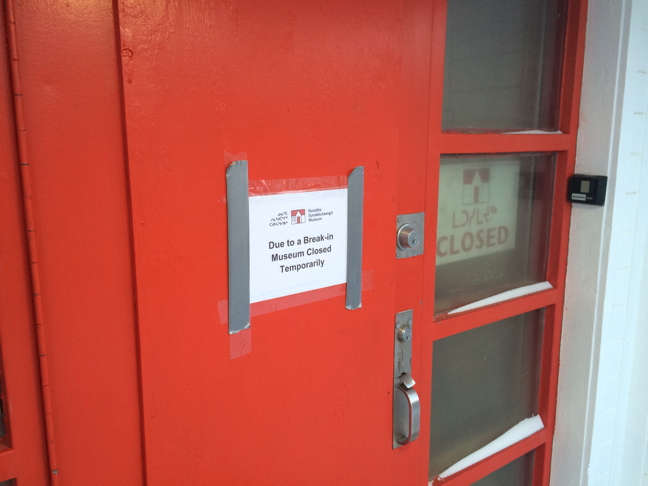 A sign on the door of Iqaluit’s Nunatta Sunakkutaangit Museum alerts residents to a temporary closure following a Jan. 20 break-in and theft. (PHOTO BY STEVE DUCHARME) 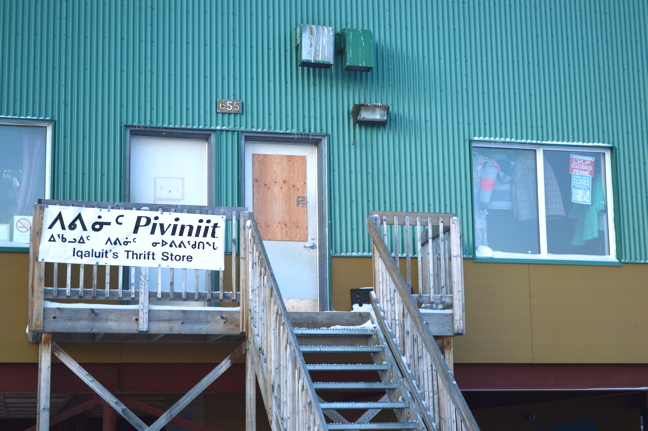 Iqaluit’s soup kitchen and thrift store — seen here with a damaged front door window — were also broken into earlier this week, Jan. 18, but nothing was stolen. (PHOTO BY STEVE DUCHARME)

Thieves stole valuable works of art during an overnight break-in Jan. 20 at Iqaluit’s Nunatta Sunakkutaangit Museum, the RCMP has confirmed.

Police said they have no suspects for the thefts right now.

According to the museum’s Facebook page, somebody took four polar bear carvings, a narwhal tusk and a professional-quality camera from the building overnight Jan 20.

The RCMP confirmed that a “very small” amount of cash was also taken.

A sign on the front door of the museum says the museum will be closed temporarily but does not provide a re-opening date.

Police are now asking the public for any information connected to the robbery.

The museum incident is the latest in a series of break-ins in Iqaluit over the past week.

Blake Wilson opened the door to the Iqaluit Soup Kitchen early on the morning of Jan. 18 to find glass from a window strewn across the floor.

But despite the vandalism, Wilson said his team is in high spirits.

“We’re not going to change anything… It’s business as usual,” he said.

No food or equipment was stolen during the soup kitchen break-in.

The window was smashed from the outside with a rock, he added.

“They were either kids that wanted to ransack or they were looking for money, because they didn’t even take the stereo system that was right in front of them,” Wilson said.

“There were things they could have taken.”

When Wilson finished his inspection of the soup kitchen, he noticed the door of the neighboring Piviniit thrift store was ajar.

Once inside, he discovered the not-for-profit store’s window was also smashed.

To the best of his knowledge, Wilson said, nothing was stolen from the thrift store either.

For now, the windows of both shops are boarded up, and the thrift store is looking at upgrading to a heavier door.

The RCMP do not believe the museum and soup kitchen break-ins are connected.

“There are no linking factors at this time,” said the RCMP media liaison person, Const. Lurene Dillon. “But we will continue to investigate.”