“It is critical for public health organizations and practitioners to employ strategies, to reduce the risk” 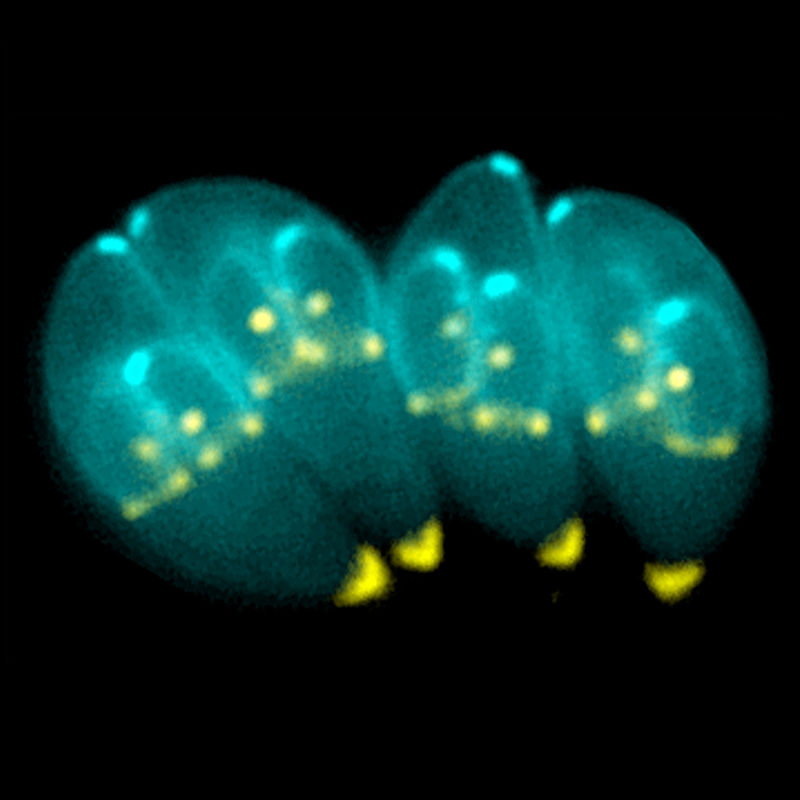 The T. gondii parasites, now spreading in Canada’s Arctic, have the potential to cause a number of health impacts among people—and animals. (PHOTO/WIKIPEDIA COMMONS)

You don’t hear much about the dangers posed by toxoplasmosis, but infections caused by the tiny parasite are powerful enough to make you sick and cause damage to the brain, eyes and other organs.

With levels of human infection in parts of the Canadian Arctic among the highest in the world, researchers are paying more attention to the presence of toxoplasma gondii in wildlife and water supplies and how the risks of infection can be lowered.

Among other measures, the spread of T. gondii among people can be reduced though adequate drinking water treatment and trained operating technicians.

But the warming climate may make prevention efforts even more of a challenge.

That’s according to a recent study by Amelia Douglas from Simon Fraser University, called “Effects of climate change and cultural practices on the risk of human toxoplasmosis in Canada’s North: recommendations for public health.”

“It is critical for public health organizations and practitioners to employ strategies to reduce the risk,” she said.

That means the parasites’ tiny oocysts must be removed with membrane or filtration techniques, or inactivated using ultraviolet disinfection, she said.

In Nunavik, T. gondii infection in people was found to be associated with drinking water from home water tanks where T. gondii parasites remained, clinging to the walls—so cleaning of these water tanks would be one way to reduce infection.

While toxoplasmosis infection among people is harmless in most cases, 10 per cent of people develop flu-like symptoms or more serious eye problems that can lead to blindness.

Infections can also prove fatal to unborn fetuses and to people and animals with weakened immune systems. And some research suggests that human infection with T. gondii may be a risk factor for psychological health problems, including bipolar disorder and schizophrenia.

Toxoplasmosis is usually spread by cats, the only hosts that can excrete T. gondii. But in the Arctic T. gondii appears to be spread through migratory birds and Arctic foxes, which become infected by eating infected geese.

The infected animals may also help spread T. gondii throughout food chain into the water, where, for example, seals can consume infected mussels or clams.

So, water filtration isn’t the only way to prevent people’s exposure to T. gondii.

Eating raw or undercooked meats and touching infected animals can also increase the risk, because cooking or boiling traditional foods, which are usually eaten raw or frozen, can kill T. gondii, Douglas notes.

But an even more critical situation may lie ahead because the toxoplasmosis infection risk will grow as the Arctic’s climate warms.

Warmer temperature increase the survivability of T. gondii, which can live in salt water for at least two years, Douglas’ study said.

As well, changing migration patterns, habitat expansion and melting permafrost are likely to encourage T. gondii to spread on the land and in the water.

“Loss of sea ice due to rising temperatures is also predicted to result in greater animal crowding on land and remaining sea ice, resulting in more interactions between species, such as increased predation and scavenging of dead carcasses,” her study said, and that will increase the transmission risk among wildlife for T. gondii.

Climate change is also leading to an increase in heavy rainfall events, with larger and more frequent runoff and snow melt events that will likely increase T. gondii movement from the water, making it harder to guarantee access to safe and clean drinking water, Douglas noted.

This runoff will also increase the risk of people becoming infected, because it will impact traditional food storage and preparation practices, so it’s important to keep food on or near the permafrost in traditional cellars to avoid the parasite spreading through runoff, she said.

Overall, prevention of T. gondii could be boosted by measures that strengthen drinking water infrastructure and training, and by collaborating with communities to develop prevention measures, she said.

While a change to how traditional foods are eaten is offered as a preventative measure, Douglas did not mention the common practice of using ice for drinking water, which public health experts have previously warned against.