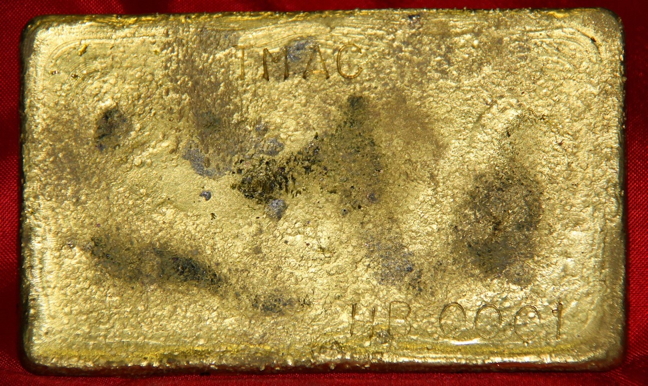 TMAC Resources Inc. completed its first gold pour this past February with gold from its Doris North Mine in western Nunavut. (FILE PHOTO)

The mill at the company’s Doris North complex operated at an average of more than 80 per cent of its capacity of 1,000 tonnes per day from May 4 to May 15, when the mine officially entered commercial production, TMAC said in a recent update.

As processing ramps up, the amount of ore brought to surface from underground mining will also be increased, the update said.

Farrow also said the move to commercial production is “the first step in our plans to funding the development of the Madrid and Boston deposits,” in the gold-rich greenbelt formation located about 90 kilometres south of Cambridge Bay on the mainland.

The Nunavut Impact Review Board and the Nunavut Water Board are expected to issue a decision by the end of May on the company’s application for water licencing to allow for bulk sampling, or test mining at the Madrid deposit south of Doris North mine.

The Doris North mine will be worth millions to the Kitikmeot Inuit Association if TMAC’s bigger plans progress: The KIA will receive one per cent of the value of all gold produced at Hope Bay.

The KIA will also receive $1 million a year to offset land management, environment permitting and the implementation of the Inuit Impact and Benefits Agreement.

The Doris North mine will also see $61.8 million in jobs and contracts over six years.

Mining at both Madrid and Boston deposits is the subject of a new, separate Environmental Assessment process that is currently underway.

The next step in this process will be a NIRB technical hearing held in Cambridge Bay the week of June 12.