“Because they are historical books dealing with other injustices, I think they are relevant” 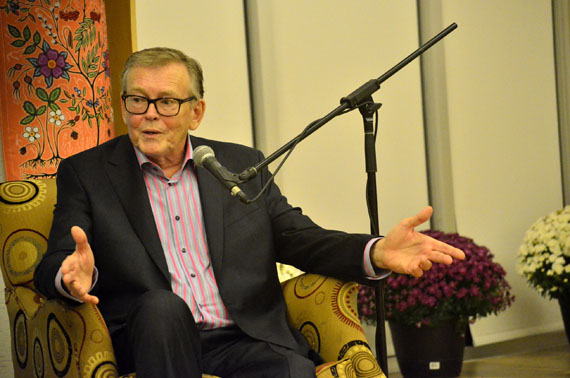 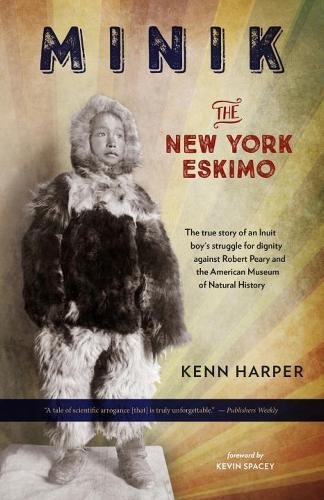 Kenn Harper’s latest version of his Minik book is expanded, rewritten, updated with new research and now bears a new title: Minik: The New York Eskimo. Harper said he used the term “Eskimo” in the title because that is the word used during Minik’s mostly unhappy sojourn in New York City in the late 19th and early 20th centuries. In his own text, Harper uses the term “Polar Inuit” or “Inughuit.” 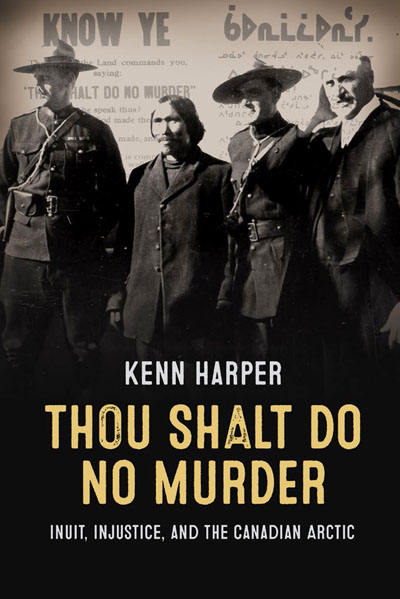 The book Thou Shalt Do Know Murder reveals how the Canadian government used the homicide trial of three North Baffin Inuit, accused of murdering Newfoundland trader Robert Janes, to impose British-Canadian justice on the Inuit.

Nunavut’s six-foot-five-inch ilisaijikutaaq, the tall teacher, isn’t known for doing anything by half measures.

In that spirit, Kenn Harper, historian, linguist and entrepreneur, after decades of exhaustive archival research and numerous interviews with Inuit informants, launched two big books this month that expose injustices perpetrated by powerful non-Inuit visitors to the Arctic.

“I think it’s a good time for both books to come out because Canada seems to be more interested than it’s ever been in Indigenous issues and although these two books don’t talk about the issues that we see on the news at night, because they are historical books dealing with other injustices, I think they are relevant and of interest to today’s reader,” Harper said.

One book, Thou Shalt Do No Murder, tells the story of Robert Janes and the three North Baffin Inuit who in 1920 agreed to kill the man after Janes had extorted furs from them and threatened camp members with violence.

In response, the Canadian government tried the three men—Nuqallaq, Ululijarnaaq and Aatitaq—in what amounted to a deeply flawed show trial aimed at demonstrating the power of the Canadian state.

Thou Shalt Do No Murder, published by Nunavut Arctic College Media with typesetting and design by Inhabit Education and released this past Sept. 7, represents more than 40 years of painstaking work, Harper said.

The other book, Minik: The New York Eskimo, was released Sept. 26 by Steerforth Press of Hanover, New Hampshire and is distributed by Penguin Random House.

It’s the latest re-telling of a heart-rending narrative that Harper, 72, first set down on paper during the mid-1980s, in a self-published book called Give Me My Father’s Body, published in 1986.

It’s the story of Minik Wallace, a Polar Inuk, or Inughuit, from northwest Greenland who the polar explorer Robert Peary transported to New York City in 1897, where, not unlike animals in a zoo, he and five other companions were put on display at the American Museum of Natural History.

All but one of Minik’s Inuit companions died of respiratory diseases, including his father, Qisuk, who died at Bellevue Hospital on Feb. 27, 1898.

For the benefit of the grief-stricken Minik, as well as curious reporters, scientists at the museum organized a fake funeral in which they pretended to provided Qisuk with an Inuit-style burial.

But what they really buried was a log. Unbeknownst to Minik, his father’s body was used quietly for research and the production of academic papers, while his skeleton, after its flesh had been removed, was eventually kept in a glass case on display at the museum.

Minik likely learned the truth sometime in 1906 from his schoolmates in upstate New York, where he was living with the family of a kindly museum employee who had agreed to take him in, William Wallace, one of the most complex and morally ambiguous characters in the story.

By early 1907, Minik started a campaign to have his father’s bones returned to him for proper burial. A flurry of newspaper stories appeared, giving him sympathetic coverage, starting with an article published Jan. 6, 1907 in the magazine supplement of the New York World, bearing the headline “Give Me My Father’s Body.”

But Minik received no help from Robert Peary, who had profited immensely from various corrupt schemes involving the sale of Inuit skeletons and other items stolen from the Polar Inuit of Greenland, such as the Cape York meteorites.

He received no help either from senior museum officials, some of whom were in on Peary’s schemes. He eventually returned to northwest Greenland, where he worked for U.S. explorer Donald MacMillan in the Crocker Land Expedition.

Minik returned to the United States in 1916, but died of bronchial pneumonia in 1918 while living in New Hampshire.

But Harper’s 1986 version of the story did produce some belated results.

In 1993, the Museum of Natural History had the bones of Minik’s four dead companions, including his father Qisuk, transported to Qaanaaq, Greenland, where on Aug. 1 of that year, they were interred in a common grave. In 1997, a memorial plaque was placed above the grave site.

Many Greenlanders are now giving the name “Minik” to their children and Greenland’s National School of Theatre wrote and produced a play titled Minik, which was performed at the Alianait Arts Festival in Iqaluit in 2016.

But the museum has never acknowledged the greed, hypocrisy and racism that characterized their treatment of Minik and his Inuit companions in New York City and has never issued a genuine apology.

“They could say, ‘these things happened. The people responsible for them are no long working here and indeed are no longer alive. Today we are an enlightened institution and things like that will not happen here again.’

“But if they won’t do that, how enlightened an institution are they? They have consistently refused to do that,” Harper said.

At the Sept. 26 reading and book launch, held at the Wabano Centre in Ottawa, two Inuit living in Ottawa asked Harper about the ethical issues raised by the use of elders as informants and whether a non-Inuk ought to be producing stories about Inuit.

For example, Pitseolak Pfeiffer asked him what advice Harper would now give to a young Qallunaaq researcher.

“I think stories are out there to be told. This is the task of the writer, to go out there and tell them,” Harper said.

And Deborah Webster asked Harper if he used consent forms to establish that he had obtained permission to use information provided by elders.

Harper replied that the concept of consent forms did not exist in the early 1970s when he began to talk to elders in Arctic Bay about the killing of Robert Janes.

One of those elders was the late Jimmy Etuk of Arctic Bay, who Harper described as having a keen sense of cross-cultural history.

“He was a very old man when I knew him, and as a teenager he had known Robert Janes. He basically knew all the players in this story,” Harper said.

And Harper’s approach to the elders was to visit, drink tea and talk informally, usually by not taking notes or using a recording device, but often taking notes afterwards.

He did the archival research for Thou Shalt Do No Murder in the 1980s and 1990s.

“I love being in a library or archive. My idea of a good time is to go to an archive,” Harper said.

Both books are available at Arctic Ventures in Iqaluit or online from Amazon or Indigo.