One woman found dead outside of town, another woman killed in a vehicle accident 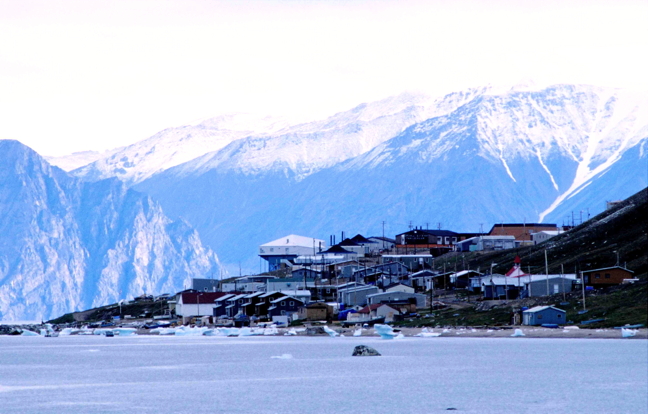 A deadly weekend in Pond Inlet: the body of a woman was found outside of town July 3 and another woman was killed July 1 in what police allege was a drunk driving accident. A suspect is in custody in connection with the first incident and is expected to appear in court this week. A woman has been charged with impaired driving causing death in connection with the July 1 vehicle accident. (WIKIMEDIA COMMONS PHOTO)

A 25-year-old man is in custody awaiting charges following the death of a Pond Inlet woman who was found dead outside the hamlet, according to a July 4 RCMP news release.

Police now say they have charged Tommy Mucpa with second-degree murder in the death of Dorkas Erkloo, 51, according to an updated news release dated July 4.

Mucpa is also charged with one count of failing to comply with an undertaking. He is expected to be back at the Nunavut Court of Justice in Iqaluit on July 18.

A news release from the RCMP says the Pond Inlet detachment received a call on the evening on July 3 and was told that a woman may have been killed.

Following an investigation, officers confirmed the death of a woman whom they say was killed about 10 km outside the North Baffin hamlet of 1,600 people.

“Our thoughts are with the family, friends and community during this difficult time,” the RCMP news release said.

The RCMP’s investigation into this incident will continue with the assistance of Nunavut’s chief coroner.

News of the death marks the second fatality for Pond Inlet over the Canada Day long weekend.

According to a separate RCMP statement—also released July 4—a 43-year-old woman was struck and killed in Pond Inlet by an impaired driver during the evening of Canada Day, July 1.

A 20-year-old woman has been arrested and charged with impaired driving causing death, the RCMP said.

The accused woman, who was not named by police, will appear before a judge Sept. 18 in Pond Inlet.