Two local brewing companies get thumbs up from Iqaluit council 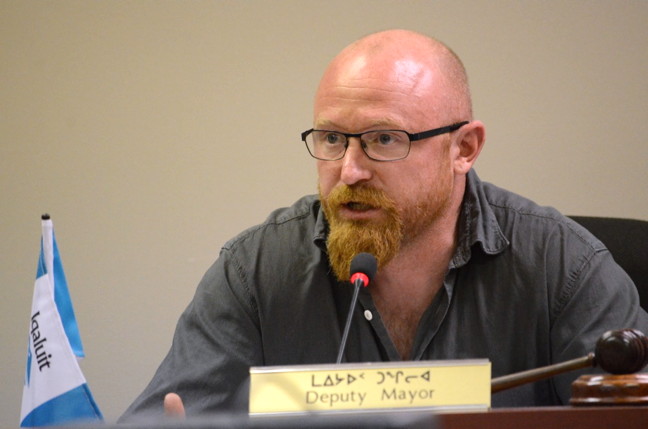 Two groups want to start brewing beer in Iqaluit, and both now have the blessing of Iqaluit city council — in a legal sense, at least.

Iqaluit city councillors voted July 14 to support two potential local breweries but with only five councillors present, it was a slim three-to-two vote victory for both applications.

The first of those ventures is the Nunavut Brewing Company, whose partners laid out their business model to city council last month.

The other would be a smaller operation called the Iqaluit Brewing Company.

The man behind that second company is well-known Iqaluit resident Hunter Tootoo, former speaker of the legislative assembly and current chair of the Nunavut Planning Commission.

But Tootoo was not at the meeting Tuesday night.

The Iqaluit Brewing Company has “two possible locations in [an] industrial area,” according to application documents provided by the city. No specific location was given, however.

Tootoo would be the tenant of the brewery premises, the application states.

In the application, Tootoo wrote that $347,343 would be invested in the enterprise — half from owned capital, the other half from borrowed capital.

Tootoo’s brewery would be capable of making 2,000 liters of beer per week. The beer would be five per cent alcohol or less and made by fermenting grain, documents say.

The Nunavut Brewing Co. would also make beer from grain, mostly at five per cent, but their application says alcohol content could be raised up to seven per cent for “special runs.”

The NBC would produce up to 1,500 liters of beer per day.

Ambrose Livingstone, who filled out the NBC application on behalf of five shareholders, said there’s $3 million worth of capital ready to be invested, none of it borrowed.

The Nunavut Brewing Co. also has a specific site for the brewery: 1525 Federal Rd.

Now that council has thrown its support behind them, both applications will get forwarded to the Nunavut Liquor Licensing Board.

In a letter dated June 17 to Iqaluit city council, the NLLB’s chair David Wilman said if council “supports the issuance of the permit, the board may issue it.”

“Once issued, a brewery permit authorizes the holder to manufacture beer on the premises to which the permit applies, to sell to the commission, and to export from Nunavut,” Wilman said.

The letter also said the board needs a response either supporting or rejecting the applications by July 31 in order to “facilitate the holding of a public hearing on these applications.”

There’s no word on when a public hearing may happen. At the June 23 city council meeting, proponents behind the Nunavut Brewing Co. said the liquor board could hold consultations as soon as this fall.

All that can proceed now. But it almost didn’t.

Papatsie and Dobbin voted in favour of both applications but Nattaq and Akumalik voted against.

Each time, deputy mayor Stevenson cast the tie-breaking vote that lead to the city’s approval.

Akumalik said he was “confused with the process” from the liquor licensing board to the city.

“I fully understand the applications. I can assure you that. But it’s the process from the Government of Nunavut to us, that’s what I’m concerned about,” Akumalik said.

Nattaq said community members approached him after the last meeting’s discussion about the Nunavut Brewing Company and told him they were opposed to a brewery in Iqaluit and that’s why he voted against them.

Nattaq was also concerned about the immediate influx of alcohol in the territory, and suggested the brewery might raise crime rates.

Stevenson tried to ease his concerns.

“You and I have sat here for six years and every one of those RCMP officers that’s come has said that most of the crime they deal with day-to-day in the city is related to alcohol,” Stevenson said.

“But this isn’t talking about increasing alcohol,” Stevenson said.

“The debate over the liquor and wine store, I think got pushed off course because it ended up being a debate over alcohol. We have alcohol in this city and if people want to change that, that’s a whole different debate.”

Coun. Terry Dobbin said there’s plenty of beer here already and there are benefits to producing it locally.

“Basically what the Nunavut Brewing Company is going to do is replace that southern import with local craft brewery. So in reality it creates employment, it’s manufacturing,” Dobbin said.

“Normally Iqaluit has no manufacturing. Like, 98 per cent of all the income you see comes from federal transfer payments,” he said.

“It’s either Budweiser, Labatt Blue, Coors Light, from southern imports which the GN spends hundreds of thousands of dollars on.”