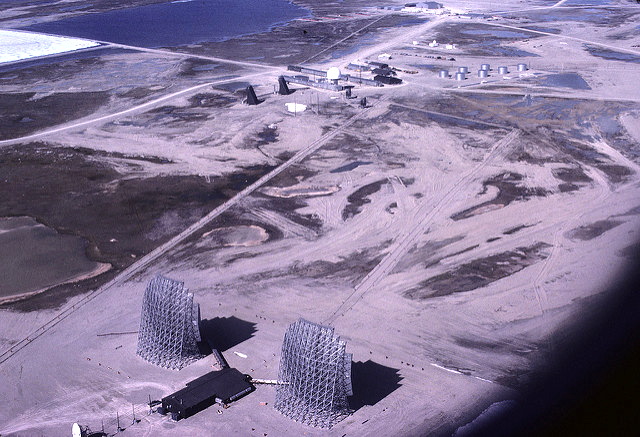 An unidentified sound coming from the seafloor beneath Fury and Hecla Strait is making waves not only in the nearby hamlet of Igloolik, but also across desks at the Government of Nunavut and as far away as the Department of National Defence in Ottawa.

Aggu MLA Paul Quassa rose Oct. 24 and Oct. 25 to tell fellow MLAs about a “pinging noise” detected on the seabed north of Igloolik that might be scaring away animals in a historically plentiful hunting area.

“The sound that has been heard in the area seems to be emitted from the seabed and underwater,” Quassa said in his Oct. 25 member’s statement, adding that the sound is detectable by audio equipment but not the human ear.

“Our constituents as well as hunters and boaters have reported that the area in question is almost devoid of sea mammals and that hunting has been poor in the area for quite some time.”

This past summer, a sailboat travelling through the area confirmed the sound with onboard sonar equipment and informed the community.

Questions to the Nunavut Research Institute and other regulatory agencies found that no permits or licences for sound-emitting devices had been issued for the area, so Quassa said Premier Peter Taptuna’s office contacted the Department of National Defence in Ottawa.

“We will await the Department of National Defence review,” Quassa said.

The office of the federal minister of national defence, Harjit Sajjan, has been acting as a liaison between the DND and the Government of Nunavut, DND senior media liaison Evan Koronewski confirmed to Nunatsiaq News.

“The Department of National Defence has been informed of the strange noises emanating in the Fury and Hecla Strait area, and the Canadian Armed Forces are taking the appropriate steps to actively investigate the situation.”

Zacharias Kunuk, who produced and directed Atanarjuat: The Fast Runner, says rumours of the mysterious sound—and whatever device is producing it— have spread across his hometown of Igloolik.

“These devices make sounds that scare away wildlife, so we’re all concerned,” Kunuk said from his home, Oct. 28.

Quassa said the sound has been triangulated to about 70 kilometres north of the Fox-Main North Warning site near Hall Beach that was first constructed as part of the DEW line in the 1950s.

But as for any definitive explanation for the sound—the truth is still out there.

Kunuk says the sound may be coming from a device dropped by any number of the large ships that pass through the Fury and Hecla Strait in summer.

And as for the missing wildlife, Kunuk said that might be just a coincidence.

“This year there’s no floating ice, so seals have gone somewhere. There’s just a few,” he said.

Known as Aukkannirjuaq in Inuktitut, the area around the straits is classified as a polynya—an area of warm current frequently ice free even in winter. It’s usually home to a rich diversity of species including fish, seals, walrus and whales.

The DND says its investigation is ongoing.

“We appreciate the information provided by the Government of Nunavut and will follow up with the premier’s office once the investigation has concluded,” the DND said.