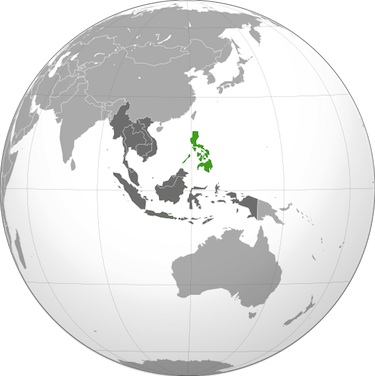 Three health professionals from the Philippines (shown here in green) are interested in coming to Nunavut, but first they must provide a learning plan and state why they want to come to Nunavut. (IMAGE BY CONNORMAH)

In a matter of months, a new midwife will begin her new job at Rankin Inlet’s birthing centre.

In a territory that boasts the highest birth rate in the country, the newly-filled position will provide some relief to local prenatal care.

But Nunavut’s health officials hope that the midwife position will be the first of many internationally-trained workers to help fill vacancies in the territory’s health care system.

Rankin’s new midwife, a Canadian woman who studied midwifery abroad, will be the first health care worker hired under the federal government’s “Internationally Educated Health Care Professionals Initiative,” which the Government of Nunavut signed on to in 2010.

Health Canada, which launched the program in 2005, has invested millions every year to boost the supply of health care workers to provinces and territories by helping those professionals upgrade their training on Canadian soil.

That’s because professionals must be licensed in Canada before they can work in Nunavut — or anywhere in the country.

The program’s goal is now to retain health care professionals and create a continuity of services across Nunavut, said Mehrun Forth, who coordinates the program through the GN’s Department of Health and Social Services.

“Our goal is sustain these health care professionals and provide ongoing care in Nunavut,” Forth said. “They’re also meant to act as long-term role models to students in Nunavut.”

Under the initiative, Nunavut receives $280,000 a year to advertise for foreign-trained X-ray technicians, midwives, pharmacists, audiologists, physiotherapists and nurses.

Although doctors are also needed across the territory, Nunavut cannot support the two-year residency position required to qualify a foreign-trained doctor, Forth explained.

But none of the professions chosen by Nunavut can actually train in the territory — the program relies entirely on southern colleges and universities.

The money goes to pay for trainees’ tuition fees, books, licensing and documentation.

Besides Nunavut’s next midwife-to-be, one other professional is enrolled in Nunavut’s program; a lab technician from Libya, who is studying in Ontario and expected to graduate in the fall of 2012.

While Libya seems like a world away from the Canadian Arctic, potential applicants must first have Canadian visas and be residing in Nunavut to qualify for the program.

Applicants must have a job while they complete their training.

Most of the interest in the program has come from the Philippines, which may not be a surprise given the growing Filipino community in Iqaluit. Ethnic communities that already exist in Nunavut will likely continue to attract their own, Forth said.

“It’s a comforting situation to have your support system there,” she said.

A Department of Health and Social Services steering committee processes applications and makes a final decision as to who will enter the program.

Currently, this committee is considering three applicants from the Philippines and another from India, who must provide a learning plan and state why they want to come to Nunavut.

When the steering committee accepts an application, they agree to offer employment to an applicant for a minimum of one year and no longer than three.

The program has been slow to start, Forth admits, but it’s starting to receive more interest.

Even filling a few vacancies can make a big difference to the delivery of health care services in the North, she adds.

So what does Nunavut have to offer for people from halfway around the world?

“The attraction has to be their own,” Forth said. “If they like the idea, we offer the financial assistance and support to get their license. But they need to be totally prepared to work in Nunavut.”

Forth notes that the program is not designed to replace Nunavut residents from filling vacancies across the territory’s health care system.

“If anything, it will help to encourage Nunavummiut to step into these roles,” she said. “But, at present, we need to fill these positions.”

The GN also hopes to attract more Inuit students into the field of nursing through a new, shortened health care program.

Nunavut Arctic College plans to add the new two-year Nunavut Practical Nursing diploma to its roster of programming in September, 2012.

But this won’t be the first time Nunavut has tried to attract nurses from other countries. A 2005 program brought a total of 38 nurses from India and the Philippines to work in Nunavut, atlhough they did not receive the same Canadian training as through the newer Health Canada initiative and the majority of them did not stay on in the territory.

At that point, federal health minister Leona Aglukkaq commented that “a home-grown northern workforce is the best way to stabilize our system of care.”