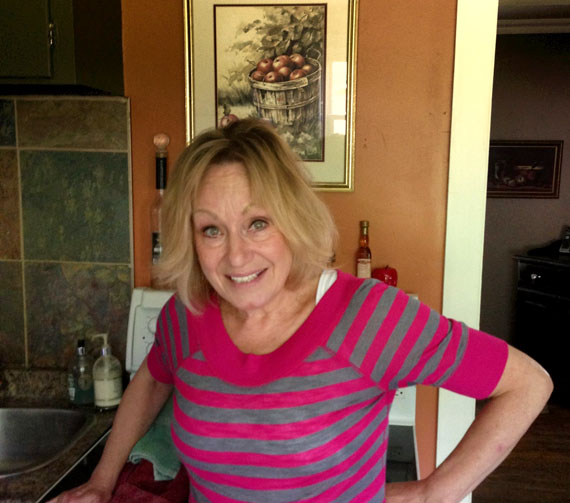 Gwen Slade, a whistle-blowing nurse who used to work in Cape Dorset, has launched an online petition to push the territorial government into doing an external review into the circumstances surrounding Makibi Akesuk Timilak’s death in 2012. (FACEBOOK PHOTO) 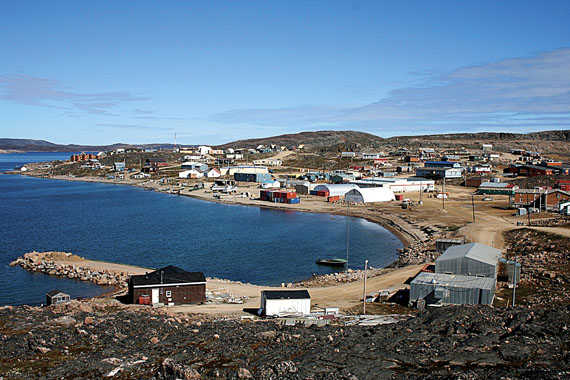 Gwen Slade, a whistle-blowing nurse who used to work in Nunavut, has launched an online petition to push the territorial government into doing an external review into the circumstances surrounding a three-month-old Cape Dorset baby’s death in 2012.

The petition seeks support from 1,000 signatories to “demand, through this petition, [that] the Minister of Health activates the promised independent investigation into circumstances that lead to the preventable death of 3 month old Makibi Akesuk.”

Makibi Akesuk Timilak died in 2012. A CBC News story, “Death and Denial in Cape Dorset,” published online and broadcast this past October, alleges a nurse in Cape Dorset, Debbie McKeown, told the mother not to bring the baby into the health centre.

The Government of Nunavut’s policies and procedures for nurses state that nurses must examine sick children less than one year old when a parent contacts them after normal working hours.

Slade alleges that the GN bungled its handling of McKeown’s job, alleging the accused nurse faced numerous complaints that co-workers and members of the public had filed against her.

Among other allegations, the CBC story reported that the GN promoted McKeown to acting-nurse-in-charge after the baby’s death.

These and other allegations led Monica Ell, then the territory’s health minister, to order an independent review to be conducted “immediately.”

Slade, who says she filed nearly 20 complaints of her own against the nurse in question, said she has no faith the GN will conduct the review, nearly three months after it was announced in the legislature.

“The petition is to get them to actually do the external review,” Slade said in a telephone interview from her farm in Trenton, Ontario on Feb. 4.

“The only way you’re going to make them do something is to squeeze them.”

When asked if the review has begun, Ron Wassink, a spokesperson for the Nunavut health department, said on Feb. 6, “the Department of Health is in the process of identifying potential candidates to complete the review.”

But Wassink would not provide a timeline for the current stage or the overall progress of the review.

The CBC story alleged that when the GN promoted the nurse in question to an acting nurse-in-charge position, they put the people of Cape Dorset at risk.

That was despite complaints of harassment filed by her co-workers and restrictions that the Registered Nurses Association of the Northwest Territories and Nunavut had placed on McKeown’s license.

That ruling by the territorial nurses association is now the subject of a legal action from McKeown that is now before the courts.

The most serious allegation against the Cape Dorset nurse is that in 2012 she instructed a mother to bathe her sick child rather than bring him into the health centre.

The three-month-old baby, Makibi Akesuk Timilak, died of a common viral infection in his lungs later that same night.

An internal review into the nurse’s conduct was likely never completed, the story alleges, citing internal emails between, among others, Roy Inglangasuk, a regional director of health, and Heather Hackney, who supervised five southern Baffin health centres at the time.

Those emails are available to the public online.

Inglangasuk, Hackney and, the territory’s deputy minister of health in 2012, Peter Ma, are all alleged in Slade’s public online petition as having been responsible for “unnecessary pain and suffering.”

“No one from the [health] department has ever released an internal investigation. Why are they so secret? Because they didn’t do an investigation,” Slade said.

Instead, Slade said she was suspended for speaking out against what she believes to be misdiagnoses and irresponsible behaviour by a co-worker.

An investigation into accusations brought against her was called, Slade said, but she was eventually cleared of any wrongdoing.

“As a nurse, I’m mandated by legislation to report consistent behaviour of worse practice conduct,” she said.

“I didn’t do anything wrong. I played by all their rules, all their policies.”

Slade, 68, said she continues to suffer the consequences of speaking out and that she has not been able to find work in Nunavut as a nurse since the alleged incidents.

The investigation into her own conduct also prevented her from getting two teaching jobs in Ontario, she said.

The financial stress means that her dream of owning a farm in Ontario — a dream she’s worked for over 25 years to realize — has gone up in smoke.

“I’m about a month away from losing my farm, my dream. And for what? I didn’t do anything wrong,” Slade said.

“These people caused extraordinary abuse of their power, brought so much pain and devastation and destruction to lives that did not deserve it.”