“Much work remains to be done” 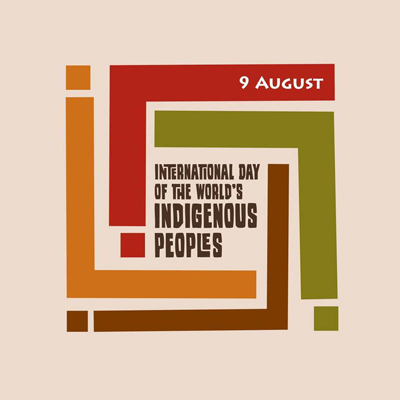 A decade after the United Nations General Assembly adopted its Declaration on the Rights of Indigenous Peoples, major challenges remain to implement those freedoms, the UN said Aug. 9., International Day of the World’s Indigenous Peoples. (IMAGE COURTESY OF THE UN)

“Where statistical data is available, it shows clearly that they are left behind on all fronts, facing disproportionately higher levels of poverty, lower life expectancy and worse educational outcomes.”

The Declaration on the Rights of Indigenous Peoples, or UNDRIP, was formally adopted by the UN’s General Assembly in 2007—after over 20 years of negotiations—with 144 countries voting in favour of the motion.

Four nations voted against the act, including the United States, Australia, New Zealand and Canada.

But Canada retracted its opposition following the election of Prime Minister Justin Trudeau, whose Liberal government formally adopted the declaration in May 2016.

The former Progressive Conservative MP, Truth and Reconciliation Commission commissioner and Indigenous rights advocate who helped negotiate the declaration, Wilton Littlechild, told reporters during a conference at the UN headquarters in New York that the 10-year anniversary of the treaty was a “historical accomplishment,” but said more work needs to be done.

“The Truth and Reconciliation Commission that just concluded its work, we made 94 calls to actions, 16 of those calls to action are on the UN Declaration [on the Rights of Indigenous Peoples] itself.”

Littlechild, a Cree chief, added that there is still a struggle between nation states and its peoples over the right to self-identify as an Indigenous person—a crucial step for Indigenous representation on national and international stages.

“That’s a very serious situation because that blocks the participation, when states can continue to define or demand to define who an Indigenous person is,” he said.

Prime Minister Trudeau, in a statement released Aug. 9, said his government would continue to work with Indigenous peoples to review federal laws to ensure constitutional obligations are met, along with obligations outlined in UNDRIP.

“Despite this progress, much work remains to be done to advance meaningful reconciliation and to make sure that Indigenous Peoples’ rights and voices are fully respected,” Trudeau said.

Canada’s minister of Indigenous and Northern Affairs, Carolyn Bennett, added that “the Government of Canada takes the journey of reconciliation very seriously; it guides everything we do,” in another statement released recognizing the anniversary of the declaration.

“The diversity that indigenous peoples bring to the global community has value and needs to be recognized, our rights respected and protected,” Inuit Circumpolar Council Chair, Okalik Eegeesiak, said in another statement.

The national body representing Canada’s 50,000 Inuit, Inuit Tapiriit Kanatami said in a position paper released in January that UNDRIP in Canada is important because it affirms rights that may not be explicitly affirmed or clarified within existing treaty rights or emerging case law.

But that same paper slammed the Trudeau government for not living up to its promises to entrench international rights in Canadian law.