“This project directly protects the community and the polar bear population” 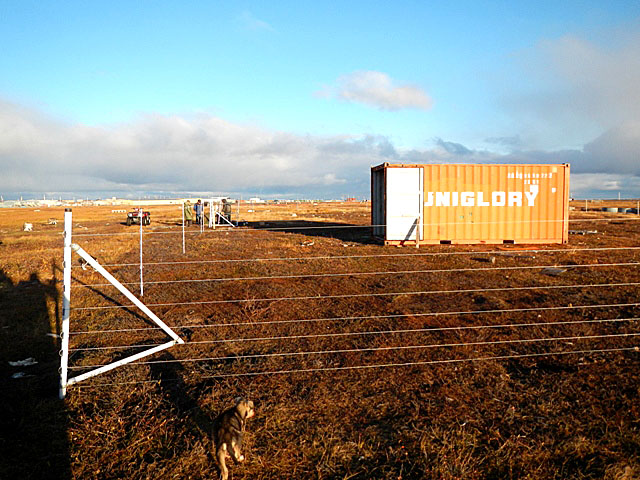 Workers erect an electric fence near Arviat. (PHOTO COURTESY OF THE HAMLET OF ARVIAT) 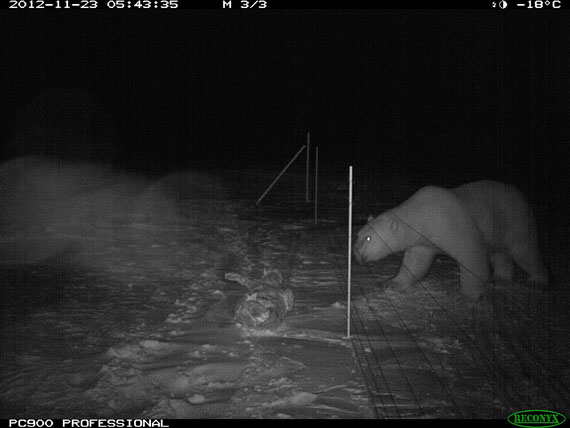 A polar bear near Arviat is repelled by an electric fence. (PHOTO COURTESY OF HAMLET OF ARVIAT) 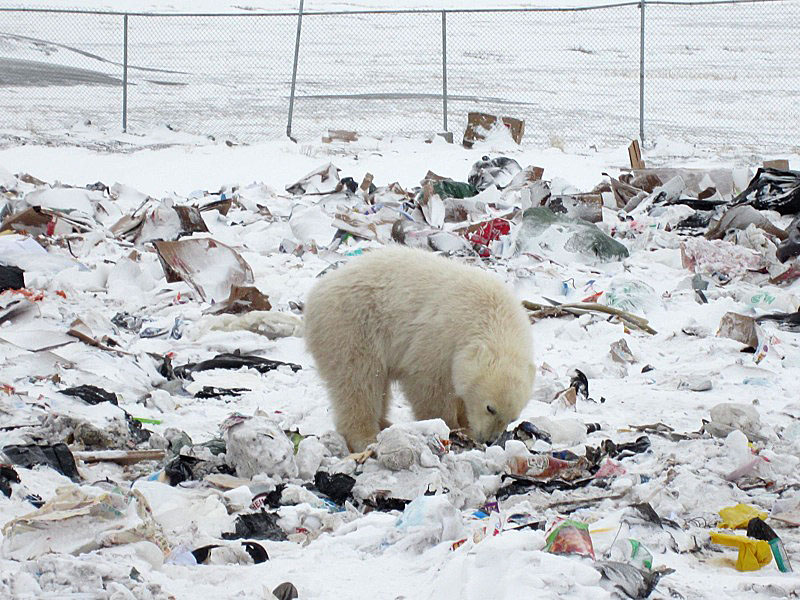 A young bear forages for food at the Arviat dump. (PHOTO COURTESY OF THE HAMLET OF ARVIAT)

For the first time in at least three years, there were no “defense of life or property” polar bear kills in Arviat in 2012.

That’s after two years of a three-year project the hamlet is undertaking with World Wildlife Fund Canada in a polar bear conflict reduction project.

The project provides money to the Hamlet of Arviat to help reduce conflict between the polar bear sub-population of western Hudson Bay and the community.

“In recent years, the community of Arviat has reported more and more polar bears near the town,” Ed Murphy, the senior administrative officer for Arviat said in a news release.

The exact reasons for the dramatic increase in bear sightings near town are unclear, but likely include the loss of sea ice due to climate change.

“Habitat patterns [are] forcing more bears to stay along the coast, and increases in Arviat’s population creating more bear attractants, including garbage at the dump. The community is increasingly concerned with the threat polar bears pose not just to property, but also to children and sled dogs,” the release said.

The hamlet has put in more measures to reduce conflict between the community and the bears that pass through the area on their annual fall migration.

Beginning in 2011, the hamlet hired a polar bear monitor to patrol from midnight to 8 a.m. between October and December, the three-month period that sees the greatest amount of bear activity in the region.

The hamlet also provided steel bins for storing country and dog food, and installed electric deterrent fences around several of the community’s dog team pens, to reduce the threat that bears pose to dogs.

These measures lowered the number of bears lingering in and around Arviat.

Wildlife officers from the Government of Nunavut also said reports of polar bears around the community were significantly reduced this year.

“This project directly protects the community and the polar bear population, as well as increases community awareness of the situation,” said Bob Leonard, the mayor of Arviat.

The year 2013 is the World Wildlife Fund’s “Year of the Polar Bear,” which marks 40 years of “polar bear conservation leadership from polar bear range states, including Canada,” the release said.