“We will work towards developing Yukon College into a northern university” 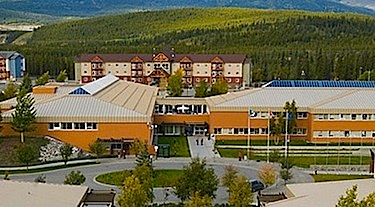 Yukon wants to take the lead in founding a university in Canada’s Arctic.

That’s what Yukon’s premier, Darrell Paslowski, who was sworn in Nov. 5, said during his recent election campaign.

If elected, his Yukon Party government would help create a Yukon University, he promised.

“By taking a leading role, we will work towards developing Yukon College into a northern university,” Pasloski stated in a Sept. 28 news release sent out during his election campaign. “We will work to explore university models, identify which model is best suited for Yukoners and Northerners alike, and commit to achieving that goal.

We will begin immediately by identifying Crown land that we can build additional university facilities on, such as the proposed Centre for Northern Innovation in Mining.”

Prior to its Oct. 11 territorial vote, Yukon had been in talks with the Northwest Territories and Nunavut — and the presidents of Aurora College and Nunavut Arctic College — about the possibility of creating a pan-Arctic university.

Such a university could use the existing campus of the three Arctic colleges as the infrastructure for a Canadian Arctic university.

These would be linked by a virtual network, similar to that promoted by the University of the Arctic which has seen its funding from Ottawa slashed.

Alaska’s university system, founded in 1935, is also located in three hubs, with three larger campuses and many smaller ones spread out throughout the state.