“I’m assuming he is telling me to shut my mouth” 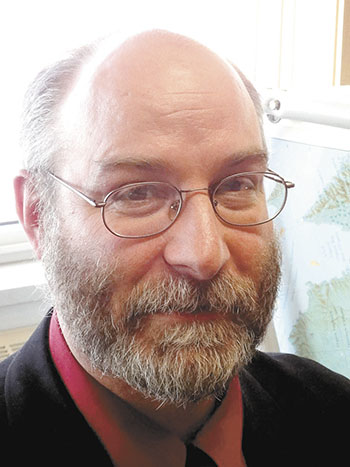 Whether it was for asking too many questions or for perhaps prolonging the last day of session, Ron Elliott, MLA for Quttituq, received gestures and comments urging him to speed up March 23 in the Nunavut legislature. (PHOTO BY JANE GEORGE)

This past Tuesday, March 23, wasn’t a good day for Ron Elliott, the MLA for Quttiktuq, to be asking a lot of questions in the Nunavut legislature.

That’s how it looked when Elliott, asking repeatedly for a definition of poverty during question period, noticed Health Minister Tagak Curley making gestures at him from across the floor.

Curley, who apologized for trying to help Elliott out, said he was simply suggesting that “we should have more communication.”

Speaker James Arreak asked Curley to “please refrain from making unparliamentary gestures as you are interfering with the proceedings of the house.”

Elliott finally got an answer from Peter Taptuna, the minister of economic development, who said the government of Nunavut planned to use “common sense,” consultation and research to help define what poverty is in Nunavut.

But Elliott was also chided later in committee of the whole discussions on the budget of the executive and intergovernmental affairs department, after he asked many questions about the department’s $4-million-a-year plan to hire 25 new employees as government liaison officers in Nunavut communities.

During the EIA budget review, Elliott asked several questions of Premier Eva Aariak about the GLOs and whether they would replace, or supplement, municipal liaison officers in the communities.

Aariak finally said she would ask her deputy minister Marcus Weber to “elucidate these details… in English.”

Committee-of-the-whole chairperson Johnny Ningeongan, MLA for Nanulik, also seemed to lose patience with Elliott’s questioning, requesting the MLA “to possibly ask questions that you had not already asked.”

As for Elliott, he defended his question-asking, saying he wanted to be “accountable” and “prudent,” and provide more information to his constituents in the High Arctic communities of Grise Fiord, Resolute Bay and Arctic Bay.