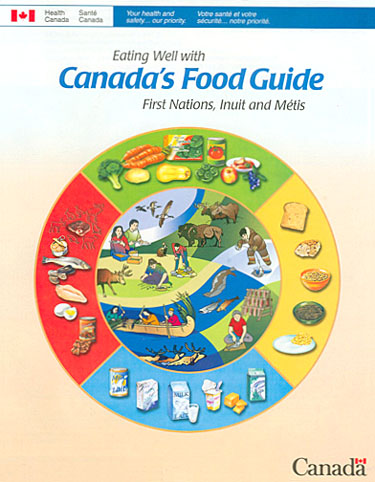 If many Nunavut kids avoided pop, candy and sugar-based goods and stuck to a diet based on the Canada Food Guide, they would suffer less tooth decay and obesity.

Nunavut preschoolers should eat less junk food and more healthy country or store-bought foods, concludes a new study published in the May 5 edition of the Journal of Nutrition.

There is “a need for dietary changes to reduce the risk of obesity and tooth decay in pre-school Inuit children,” the study’s researchers say.

Their good news in the study is a finding that when young Nunavut children eat more country foods, they have higher levels of vitamins A and D, iron, and magnesium, which are all important for children’s good health and development.

But the bad news is that, overall, foods high in sugar or fat make up more than 35 per cent of the energy intake of these young children.

During the 2007 Qanuippitali Inuit health survey in Nunavut, researchers from the McGill University’s Centre for Indigenous Peoples’ Nutrition and Environment gathered information on the diets of 388 children, aged three to five, from 16 communities.

To become healthier, fitter and grow better teeth, young children should eat more fruits and vegetables and more traditional country foods — especially those with calcium and Vitamin D, and fewer high-sugar beverages like soda pop or juices, the researchers say.

Nearly all those who participated in the survey had eaten foods, like caribou, muktuk, fish in the past month, and nearly half had eaten country foods during the previous day before they were contacted — but these foods did not balance out the damage to their weight and teeth caused by too much junk food and sweet drinks.

Although not mentioned in this study, the Qanuippitali survey also found about half of Nunavut’s children aged three to five don’t even get enough food to eat, less enough good traditional or store-bought food.

From information received during personal interviews, researchers found that more than one in two of these young children experience what is called “food insecurity,” which means they sometimes lack food to a greater or lesser extent.