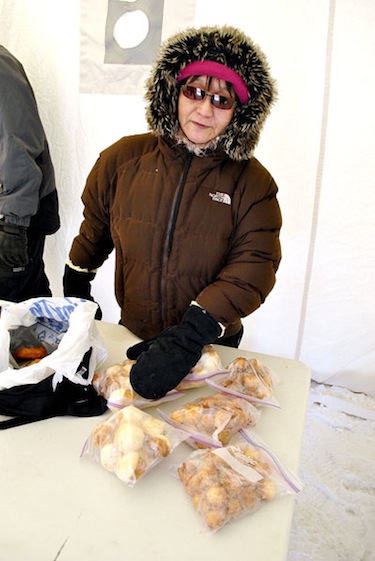 To fight hunger in Nunavut, the Government of Nunavut will spend $1.7 million this year to set up community freezers and find ways to distribute more country foods, like Arctic char, caribou, seal and muskox, Nunavut’s Economic Development and Transportation department revealed during the recent legislative session in Iqaluit.

By promoting local foods, the territory may be able to reduce the growing levels of food insecurity, the department says.

According to the World Health Organization, food insecurity occurs when people don’t “have access to sufficient, safe, nutritious food to maintain a healthy and active life.”

And food insecurity in Nunavut is likely to worsen as the costs of imported store-bought foods rise.

Global food prices hit a record high in February, an increase that’s sure to be felt in northern Canada.

Peak oil prices, water scarcity, high grain prices, over-fishing and natural disasters on the other side of the world will only add to Nunavut’s high levels of food insecurity, says Kirt Ejesiak, Canada’s vice-president on Inuit Circumpolar Council.

And, due to climate change, the entire Arctic region will be forced to address food insecurity sooner than other parts of Canada and many other areas of the world, he said.

By participating in programs such as Many Strong Voices, which unites the Arctic with the small developing island nations of the word, ICC already works with other vulnerable areas to find solutions and lobby governments to act, he said.

On the Caribbean island of Barbados, a partner in the MSV network, imported food prices skyrocketed over the past year, while the weather has been unpredictable and much wetter.

There, as in Nunavut, more reliance on locally-grown foods is seen as the way cut down on costs and improve nutrition.

Like Ejesiak, Adrian Trotman, a climatologist at Caribbean Institute for Meteorology and Hydrology in Barbados, says addressing food insecurity has become both a social and an environmental issue.

And climate change will become the “fire under the pot,” causing hunger, misery and even sparking social unrest, he predicts. 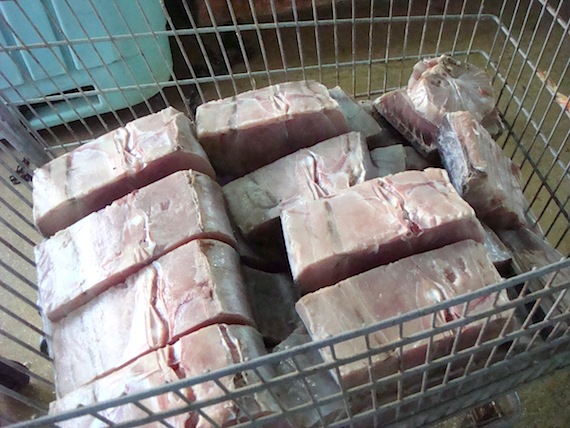 Nature’s bounty: the Government of Nunavut hopes to local foods, like these hunks of fresh fish in a Barbados fish market, in Nunavut. (PHOTO BY JANE GEORGE)