Nearly all the city’s 503 assaults in 2010 alcohol-related 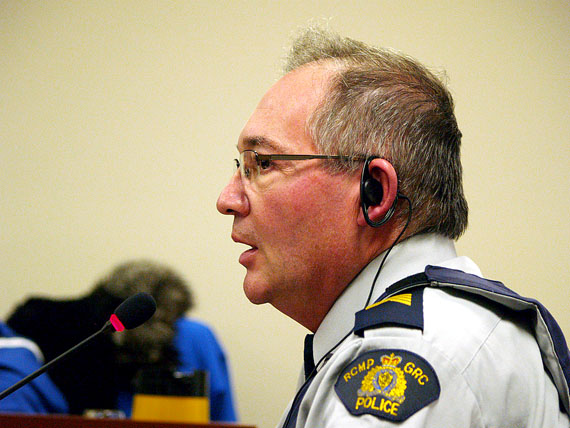 Crime in Iqaluit largely held steady in 2010, but the man in charge of the city’s RCMP detachment says police still struggle with the high volume of alcohol- and drug-fuelled crime.

“When I say 80 per cent of our stats are alcohol-related, I’m probably low,” he said.

“Liquor is readily available and it appears the only people making money off it are the bootleggers.”

While the total of calls for service placed to the RCMP last year rose from around 7,200 in 2009 to more than 7,950 in 2010, a major spike in requests for criminal record checks drove much of the increase.

Still, figures Tournier provided to council show increases in charges laid for mischief — 35 per cent — and assault —six per cent. The total number of crimes against persons, including assault, rose eight per cent.

“Almost every assault was alcohol related,” he said.

For all the activity, Tournier said the number of prisoners held in cells at the RCMP detachment dropped 16 per cent last year.

He said police aren’t quite sure why, but more on-duty cops may have meant officers had time to drive home drunks who simply needed to sleep it off, instead of tossing them into the drunk tank.

The detachment carried 27 constables at one point last year. That allowed the RCMP to have members on duty 24 hours a day, Tournier said, but also the Government of Nunavut went over its policing budget.

The Iqaluit detachment will return to its normal complement of 18 constables by April 1, he added.

Most, Tournier said, were minor, and only two resulted in injuries, but it shows traffic in the capital is on the rise.

“It just shows that we may be developing a bit of a traffic problem in the city,” he said.

Councillors Romeyn Stevenson and Joanasie Akumalik thanked Tournier for the RCMP’s work but also said police should mingle more with the people they serve through foot patrols.

“I think it would be very valuable to you as an organization to have people more in the community than in their trucks,” Stevenson said

Tournier said the force may try to have more officers out at large public events to mix with the community.

He said the detachment’s priorities for 2011 are finding ways to crack down on drug and alcohol smuggling, and to do more outreach work in Iqaluit’s schools.