Inuk pilot Johnny May honored this week in Quebec

“He is a hero to me and to my family” 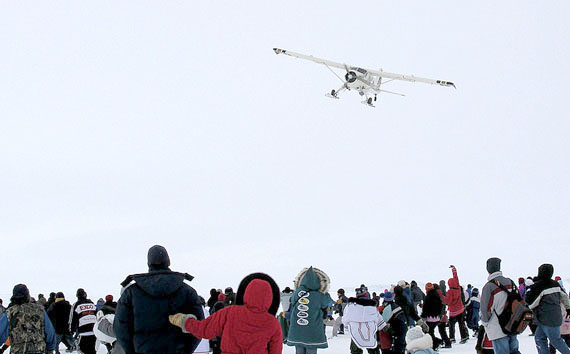 The renowned Nunavik pilot, Johnny May, drops candy at a community event in Kangirsuk in 2006. May is famous throughout the eastern Arctic for his “candy drops.” (FILE PHOTO)

Johnny May, the renowned Inuk pilot from Nunavik, is to be inducted into the Aerospace Hall of Fame of Quebec Nov. 23 at a gala event in Longueil.

May, 65, began his flying career in the early 1960s and is the first Inuk pilot from the eastern Arctic.

Mary Simon, the president of Inuit Tapiriit Kanatami and May’s sister, said in a statement that her brother saved many lives during his long career.

“He has flown into communities with only one engine working and during total whiteouts to save people. He is a hero me and to my family,” Simon said.

May continues to fly every day and operates two businesses from Kuujjuaq, his home town.

Astronaut Julie Payette, and a group of pre-First World War flying aces known as the Early Birds of Quebec will also be honoured at the Nov. 23 gala.