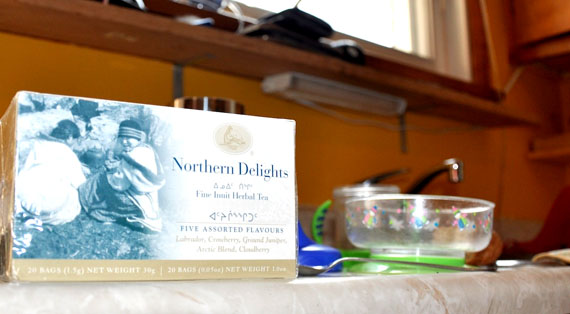 Nunavik’s Avataq cultural institute has picked up a national award in “culinary achievement” for its home-picked herbal teas.

The first year of the new Governor General’s award in “celebration of the nation’s table” recognized Avataq for the creation of its five blends of Northern Delights herbal teas.

In total, there were six awards handed out at an Ottawa ceremony last month.

Avataq was recognized under the “stewardship and sustainability” category for helping support traditional Inuit activities as well as preserve ancestral knowledge of plants in the region.

“We’re all really happy,” said Taqralik Partridge, an Avataq spokesperson. “The teas have been really popular, but we needed an emphasis to take it to the next level.”

Avataq’s president, Charlie Arngak, attended a June 23 awards ceremony at Rideau Hall, where the teas have been served for many years.

Governor General Michaelle Jean has been supportive of both Inuit culture and sustainable harvesting, Partridge said.

But it was actually her husband, Jean-Daniel Lafond, who created the new award to acknowledge the contributions made by chefs, restaurateurs, scientists and other advocates of Canadian food and drink.

Proposed by Lafond in 2006, the new award celebrates outstanding efforts in improving the quality, variety and sustainability of all elements and ingredients of our nation’s table, a release said.

The main ingredients in each tea are harvested and processed in Nunavik by local people before being shipped south where they are added to tea blends.

Since the teas were developed about a decade ago, Herbal Delights tea now sells through dozens of retailers across Quebec and Canada.