Tuberculosis rate is 60 times higher than the Canadian average 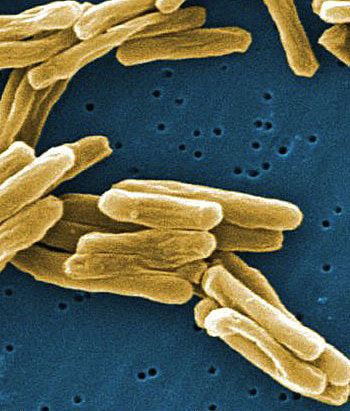 Infections of the bacteria that causes tuberculosis can lead to death in infected people — if they don’t receive a long course of antibiotic treatment.

With the end of 2010 only weeks away, this year has been the worst year for tuberculosis in Nunavut since the territory’s creation in 1999.

Tuberculosis, or TB, is an infectious disease that usually affects the lungs, although all other organs may be involved. If untreated, the disease can be fatal.

As of Dec. 7, Nunavut medical staff had diagnosed 99 cases of active TB since the start of the year, shattering the previous record of 59, which was set in 2008.

Geraldine Osborne, the deputy chief medical officer of health in Nunavut, said the Baffin region accounts for about 93 per cent of Nunavut’s cases.

Most TB cases this year date occurred in Iqaluit and Cape Dorset, the Nunatsiaq News reported earlier this year. At year’s end, these two communities remain the most affected.

There are only one or two cases in other communities, Osborne said.

But these cases may not have originated in Iqaluit and Cape Dorset.

That’s because TB can also result from an infection transmitted by a unknown carrier in the infected person’s community, explained Elaine Randell, the department’s communicable disease specialist.

“[So] any community is at risk at any time,” Randell said. “Even without the disease, we’ve had a pool of infection.”

With the eastern Arctic’s long history of battling TB, every isolated community probably harbours people with latent infections which become contagious before being detected, Randell said.

And Nunavut’s poverty makes the territory a fertile breeding ground for respiratory illnesses like tuberculosis, she said.

The poorest people in Nunavut are often the most vulnerable due to the combination of overcrowded housing and smoking.

“You treat people and you cure them, but then you’re sending them back to the same environment [of easy infection],” Randell said. “We have certainly noticed that people who have been treated come back with a return case.”

As Nunavut enters winter, when windows are shut, people are indoors and often gathered for the holidays — people become even most vulnerable to falling ill with respiratory diseases.

So what people can do to protect themselves from TB? The most important thing is to come to the health centre if you’re asked to, Randell said.

That’s because health staff do “contact tracing” to track down everyone who might have been infected by a known active case of TB and test them.

But if potential contacts don’t show up, they may infect those around them, especially those who live with them.

Nunavut’s health department is working on strategies to combat TB, such as a new case tracking system.

The department is also looking at new ways of monitoring places where transmission is more likely, such as at Iqaluit’s homeless shelter.

Tuberculosis is treatable with antibiotics, but, according to Canadian national standards for TB treatment, medical staff must actually witness their patients taking these antibiotic pills twice a week for a minimum of six months.

While this supervision makes treatment more expensive for the government, it ensures that people finish their drugs and don’t develop some strain of TB that’s resistant to antibiotics.

To date, there have been few cases of drug-resistant TB in Nunavut.

“We have a very high [treatment] completion rate,” Randell said.

Once patients start taking these antibiotics, they stop being infectious after two weeks, Randell said.